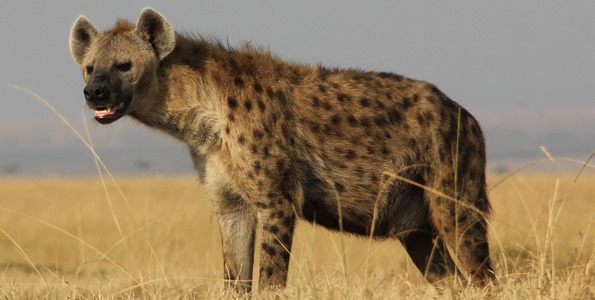 The Kenya Wildlife Service (KWS) has clarified that the man reported to have been eaten by lions in Ongata Rongai was actually mauled by a hyena. KWS said that the 42-year-old man was mauled by the hyena at Kandisi area of Ongata Rongai in Kajiado County  on Monday June 27th, 2016.

KWS said in a statement that its personnel discovered the body on Tuesday morning and reported the matter to the police.

The body of the deceased was moved to the City mortuary in Nairobi awaiting post-mortem. “The post-mortem examination will reveal whether the man was actually dead before being mauled by the hyena or died as a result of a hyena attack,” said KWS Corporate Communications Manager Ngugi Gecaga.

KWS did not, however, indicate whether or not it will compensate the deceased’s family or any action it has taken to forestall another incident.

Residents had reported that the man, whose body with some body parts eaten, had been attacked by a pride of lions. The theory quickly gained currency based on recent events where lions have been sighted in areas neighbouring the Nairobi National Park. In one of their appearances, one lion attacked and injured a man on Mombasa Road “Contrary to reports circulating in a section of the media, the man was not mauled by a lion.”