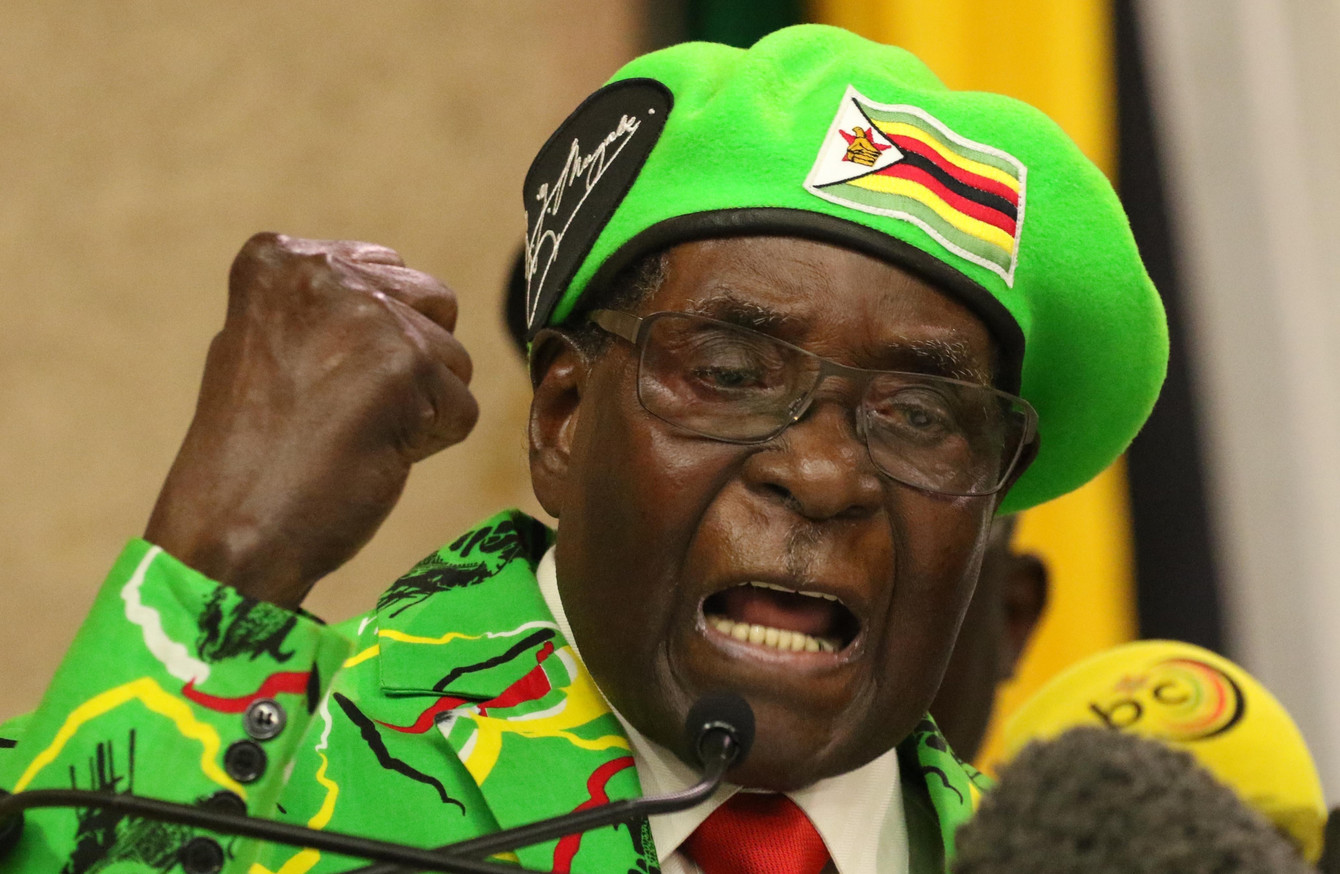 The late Robert Mugabe had been receiving treatment in a hospital in Singapore since April. [Photo/TheJournal.ie]

His family confirmed his death to the BBC. Mr Mugabe had been receiving treatment in a hospital in Singapore since April.

Mr Mugabe’s early years were praised for broadening access to health and education for the black majority – but his later years were marked by rights abuses and corruption.

He won Zimbabwe’s first election after it secured independence from the UK, becoming prime minister in 1980. but abolished the office in 1987, becoming president instead.

Mr Mnangagwa had been Mr Mugabe’s deputy before replacing him.

Who was Robert Mugabe?

Mr Mugabe was born on 21 February 1924 in what was then Rhodesia – a British colony, run by its white minority.

He was imprisoned for more than a decade without trial after criticising the government of Rhodesia in 1964.

With his high profile in the independence movement, Mr Mugabe secured an overwhelming victory in the republic’s first election.

But over his decades in power, international perceptions soured, with an increasing number of critics portraying Mr Mugabe as a kind of dictator.

In 2000, facing serious political opposition for the first time, he seized white-owned farms to resettle black farmers, causing economic disruption but boosting his popularity among supporters.

Around the same time, pro-Mugabe militias used violence to influence political outcomes. In 2008, when he lost the first round of the presidential election, attacks on the opposition resulted in his rival pulling out of the contest.

He famously declared that only god could remove him from office.

He was forced into sharing power in 2009 amid economic collapse, installing rival Morgan Tsvangirai as prime minister.

But in 2017, amid concerns that he was grooming his wife Grace as his successor, the army – his long-time ally – turned against the president and forced him to step down.

What has the reaction been?

Deputy Information Minister Energy Mutodi, of Mr Mugabe’s Zanu-PF party, told the BBC the party was “very much saddened” by his death.

“As a government, we are very much with the family members of the Mugabe family,” he said.

Not everyone agreed, however.

Zimbabwean Senator David Coltart, who was once labelled “an enemy of the state” by Mr Mugabe, said his legacy was marred by his adherence to violence as a political tool.

“He was always committed to violence, going all the way back to the 1960s… he was no Martin Luther King,” he told the BBC World Service. “He never changed in that regard.”

But he acknowledged that there was another side to Robert Mugabe – “a man who indeed had a great passion for education – and I think he mellowed in his later years.

“There’s a lot of affection towards him, because we must never forget that he was the person primarily responsible for ending oppressive white minority rule.”

The BBC’s Shingai Nyoka, in the capital Harare, said Mr Mugabe was likely to be remembered for his early achievements.

In his later years, people had called him all sorts of names, but now is probably the time when Zimbabweans will think back to his 37 years in power, she said.

There’s a saying here – that whoever dies becomes a hero, and we’re likely to see that now, our correspondent adds.

2008: Comes second in first round of elections to Tsvangirai, who pulls out of run-off following nationwide attacks on his supporters

2009: Amid economic collapse, swears in Tsvangirai as prime minister, who serves in uneasy government of national unity for four years

2017: Sacks long-time ally Vice-President Emmerson Mnangagwa, paving the way for his wife Grace to succeed him

November 2017: Army intervenes and forces him to step down