Chief Justice David Maraga has said judges and magistrates are at liberty to invoke the legal avenues available to enforce court orders in the wake of various instances where government officials have refused to abide by rulings delivered by the courts.

In a statement issued in the wake of the deportation of lawyer Miguna Miguna despite an order by High Court Judge Luka Kimaru that he be released on a Ksh 50,000 bond or presented before him, Maraga termed recent developments in the administration of justice as worrying and a threat to the rule of law.

“The recent disregard of court orders is an act that is not only inimical to the rule of law but also completely at odds with Kenya’s constitutional outlook,” he said.

Other instances where Government institutions and officials have disobeyed court orders is the reinstatement of Communications Authority of Kenya Director General Francis Wangusi and the lifting of a government order to shut down four television stations.

The Commission on the Administration of Justice raised similar concerns on Tuesday.

Maraga says compliance with court orders is not an option for any individual or institution.

The CJ’s statement comes hours after Justice Kimaru directed that Inspector General of Police Joseph Boinnet and Director of Criminal Investigations George Kinoti appear before court to justify why they should not be cited for contempt after severally disregarding orders to release Miguna.

The Director of Immigration Services Maj Gen (Rtd) Gideon Kihalangwa is also expected to appear in court on Friday to swear an affidavit on why he took custody of Miguna even after the court had ordered that he be released.

The order to deport Miguna to Canada was signed by Interior Cabinet Secretary Fred Matiang’i who said he had renounced his Kenyan citizenship and his continued stay in the country was not against the country’s national interests. 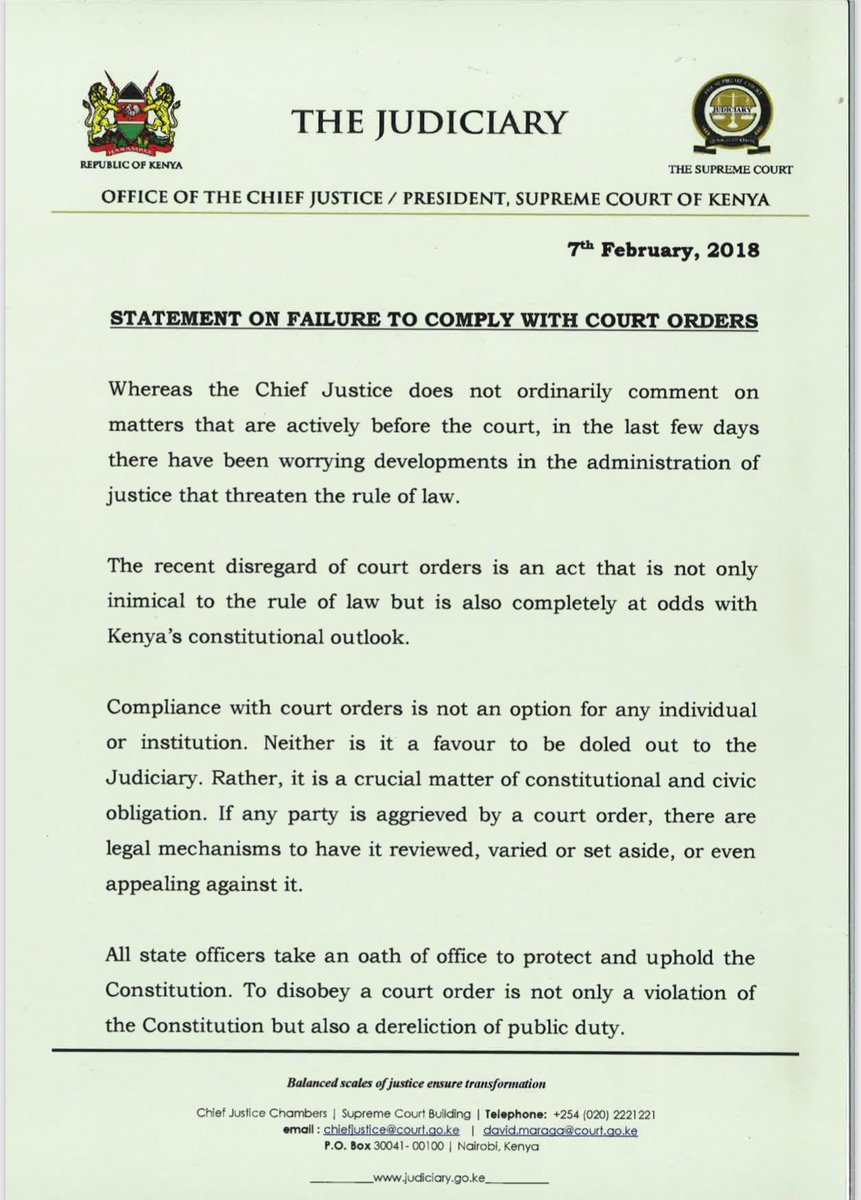 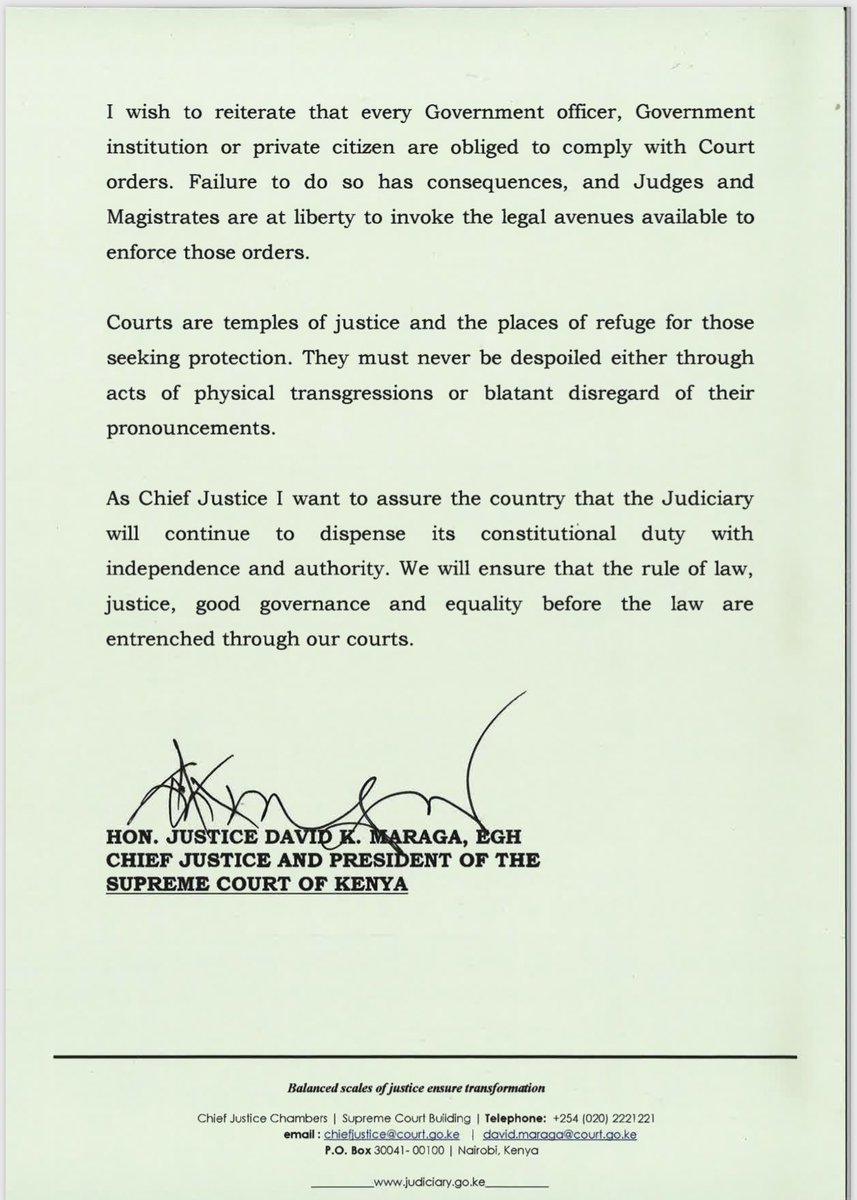