Poor households using kerosene will now have to spend more after the Energy Regulatory Commission (ERC) revised its price upwards following the enactment of the Finance Bill 2018.

The Bill, which was signed into law by President Uhuru Kenyatta on Friday morning, imposes 8% VAT on petroleum products and an anti-adulteration levy of Ksh 18 per litre on kerosene. The National Treasury says the move is aimed at curbing adulteration of diesel using kerosene.

However, the price of super petrol and diesel have been lowered after the reduction of VAT from the initial 16%.

This means the price of kerosene has gone by by Ksh 10.71 while those of super petrol and diesel have gone down by Ksh 8.80 and Ksh 7.35 respectively in Nairobi.

“Pursuant to the Finance Act 2018, the Value Added Tax (VAT) on Super Petrol, Diesel and Kerosene has been revised from 16 per cent to 8 per cent. Accordingly we have recalculated the maximum pump prices that will be in force from September 21 to October 14 taking into account the VAT at 8 per cent,” ERC Director General Oimeke said.

ERC had last week lowered the price of super petrol by Ksh 2.21 while those of diesel and kerosene went up by Ksh 0.39 and Ksh 0.29 per litre respectively.

The review came as Petroleum Cabinet Secretary John Munyes urged Kenyans to use liquefied gas instead of kerosene for cooking following a government investment of Ksh 2 billion to make the product cheaper.

“We are trying to roll out an LPG project called the mwananchi gas project. This is a presidential flagship project. It aims at connecting Kenyans just like the electricity last mile. We know we can improve the lives of Kenyans through the cheap LPG project. It will serve many Kenyans and it will reach all parts of the country,” said Munyes during the launch of a bottom loading facility at the Kenya Pipeline Company depot in Eldoret.

READ: MURANG’A GOVERNOR PULLS A FAST ONE ON TYCOON

Here is a schedule of the fuel prices for various cities and towns: 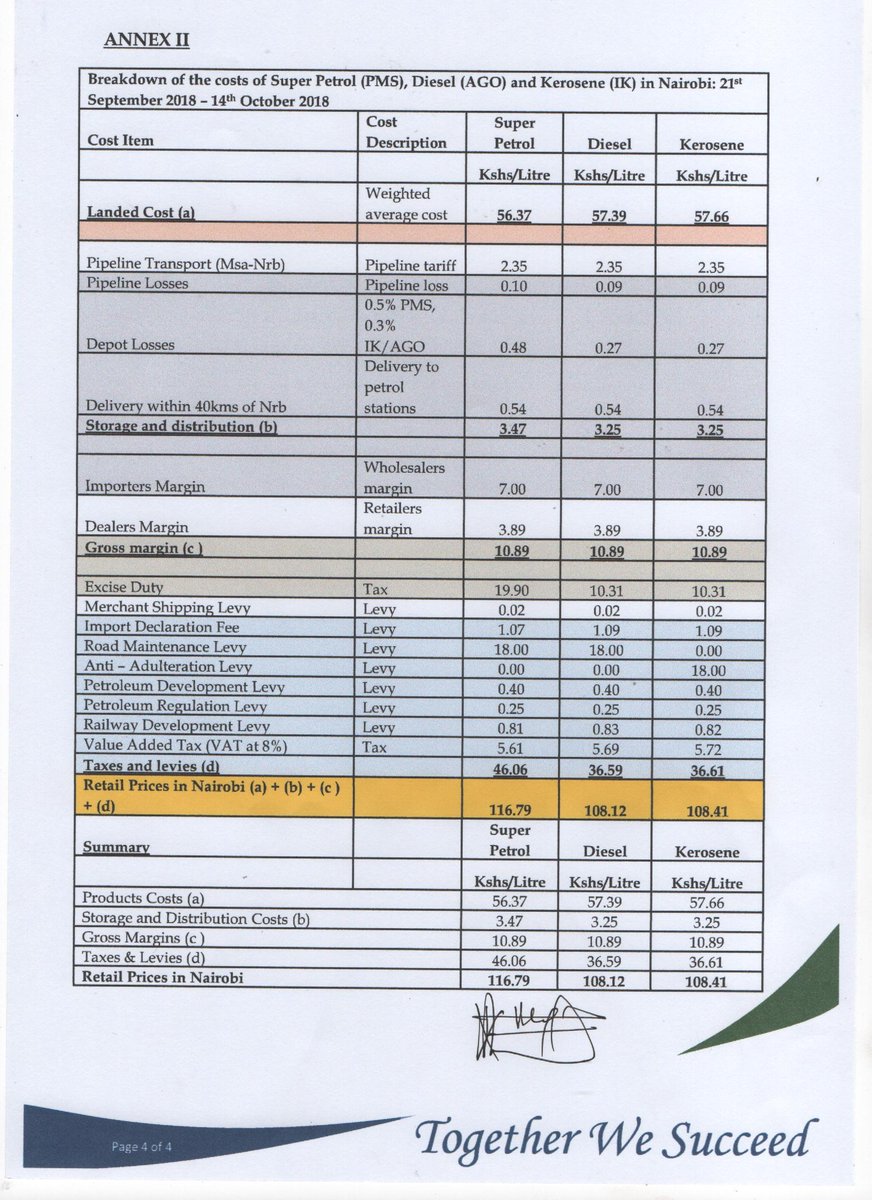 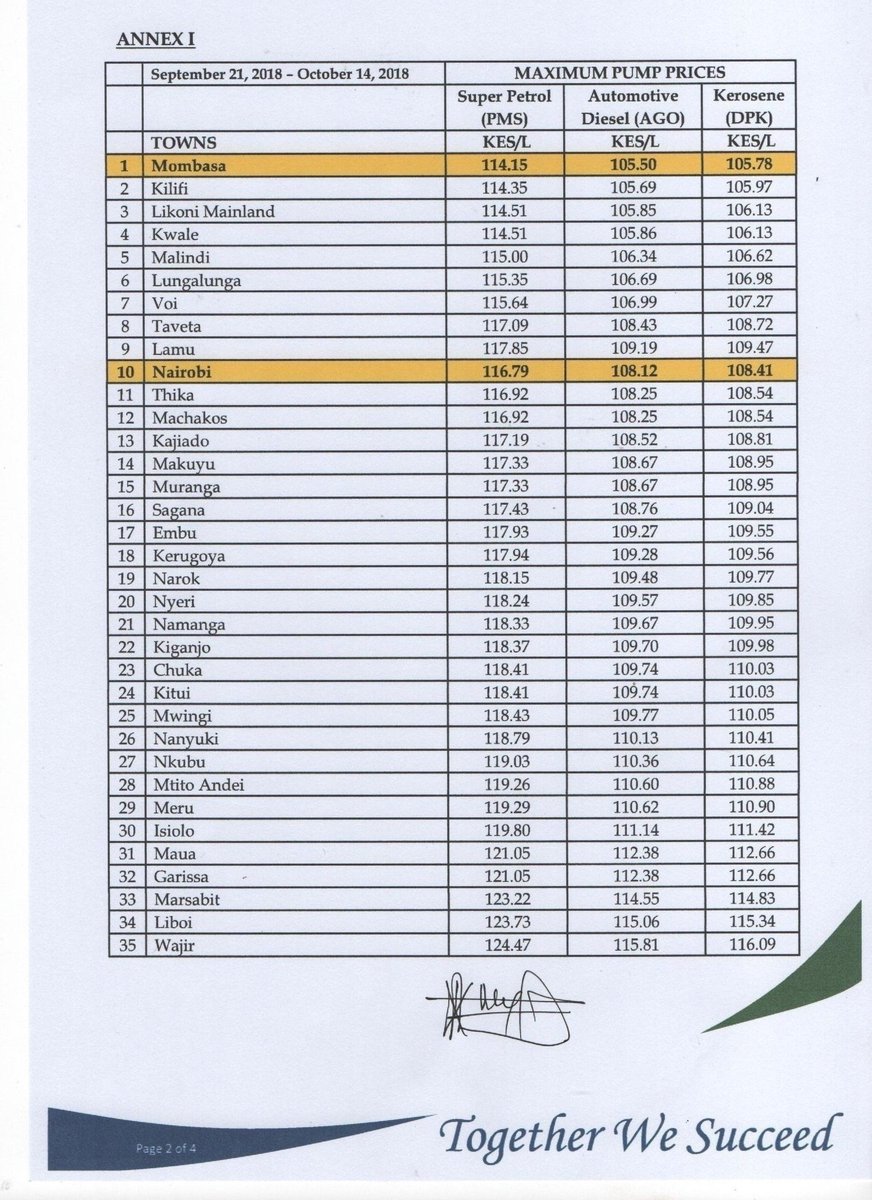 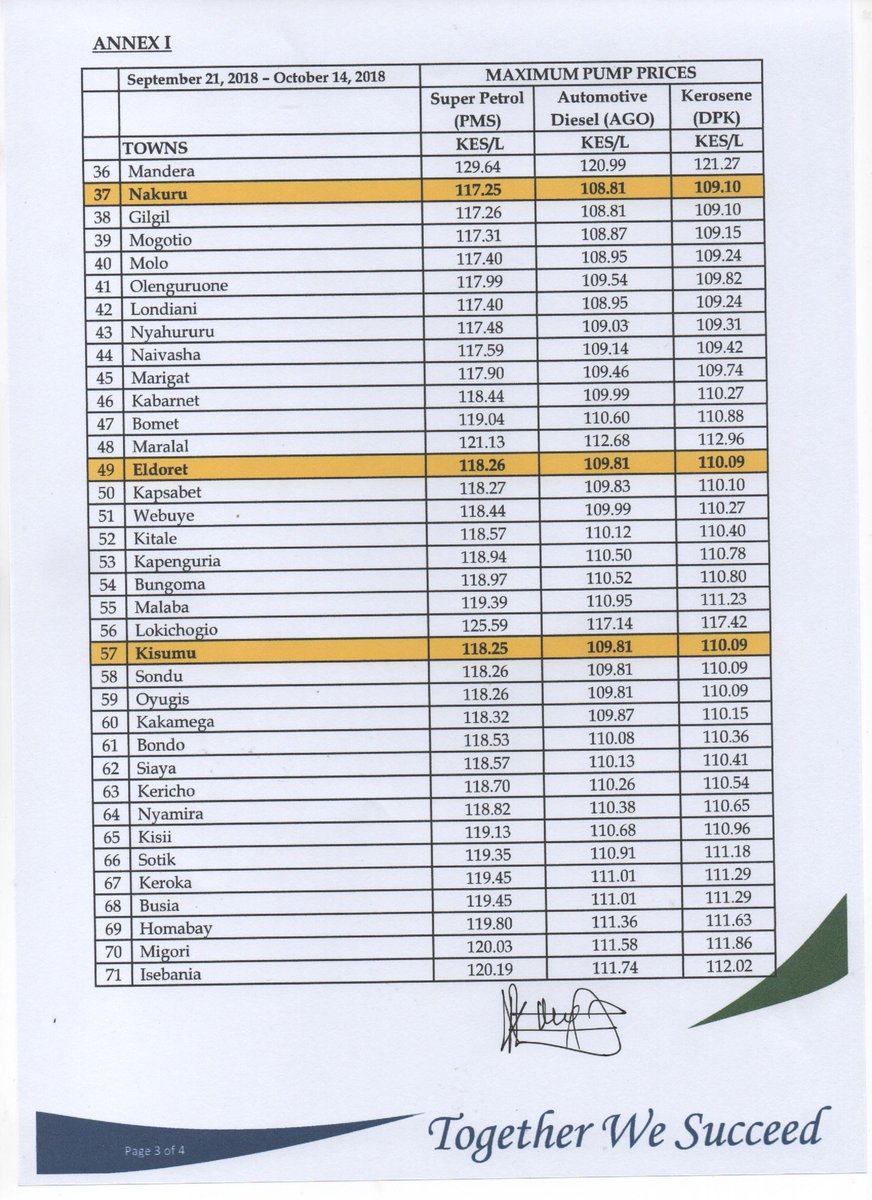