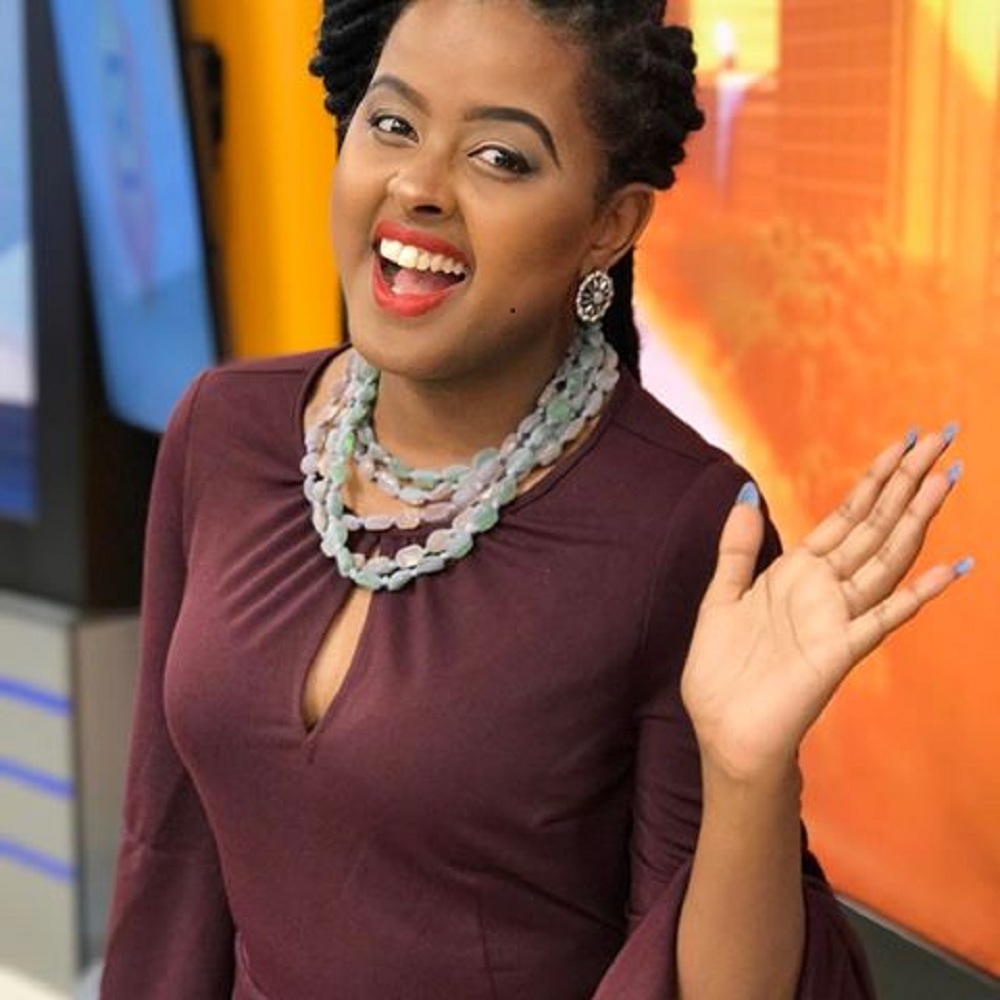 Speculation is rife as to where popular TV girl, Amina Abdi Rabar, is headed to after announcing she was quitting K24 last Friday.

The Capital FM radio presenter had been hosting the popular morning show for two years before she called it quits.

‘’It’s been a good run @k24tv thanks to my wonderful bosses! I have been with K24 Alfajiri for the last two years and it’s been amazing, check out my page for more information on where I’m headed next!’’ Amina, who is also a presented with Capital FM, posted on social media.

It also recently emerged she would be leaving popular radio show, Hits not Homework, becuase she reveals she has outgrown it.

Apart from radio and TV, Amina is also a singer, MC and an actor.

She is married to the head of Homeboyz Radio DJ John Rabar and they are blessed with one son.

She is engaged in two personal campaigns, Operation Santa – An intiative Amina started so as to feed street families. Whereby together with her fans (Amina Army) they go to different locations and feed street families and Brunch With Amina – This is a youth empowerment programme whereby Amina has an intimate chat with ladies over the different fields in which she’s had a chance to work in.

There is also Dare to Believe with Amina, a flagship initiative that focuses on encouraging young men and women especially those who are still in school, to dare to believe that they can be anything they set their mind to regardless of the challenges that they face.

The initiative also seeks to inspire them to be successful and work even harder just like she has over the years to make a name for herself in the media industry.

Amina is also the brand ambassador for Daisy girl. It is a reusable sanitary towel company founded for the sole reason of donation to disadvantaged girls.

We can only wish her the very best in her future endeavours.