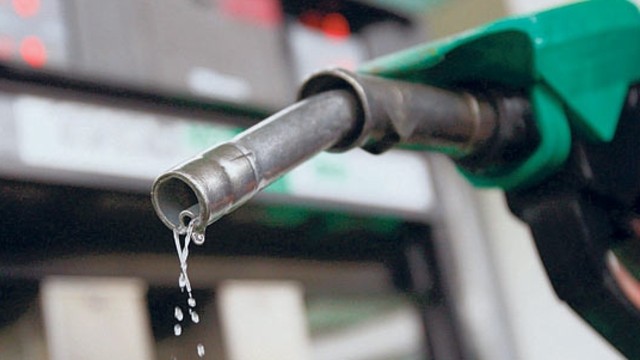 The Energy Regulatory Commission (ERC) has revised the prices of Super Petrol, Diesel and Kerosene upwards by Ksh 2.38, Ksh 3.11 and Ksh 2.99 per litre respectively.

According to the regulator, the prices are inclusive of Value Added Tax (VAT) at 8% in line with the provisions of the Finance Act 2018.

ERC Director General Pavel Oimeke said the changes in this month’s prices have been as a consequence of the average landed cost of imported Super Petrol increasing by 4.02% from US$ 729.04 per ton in September 2018 to US$ 758.34 per ton in October 2018.

Here is the complete breakdown of the new fuel prices: 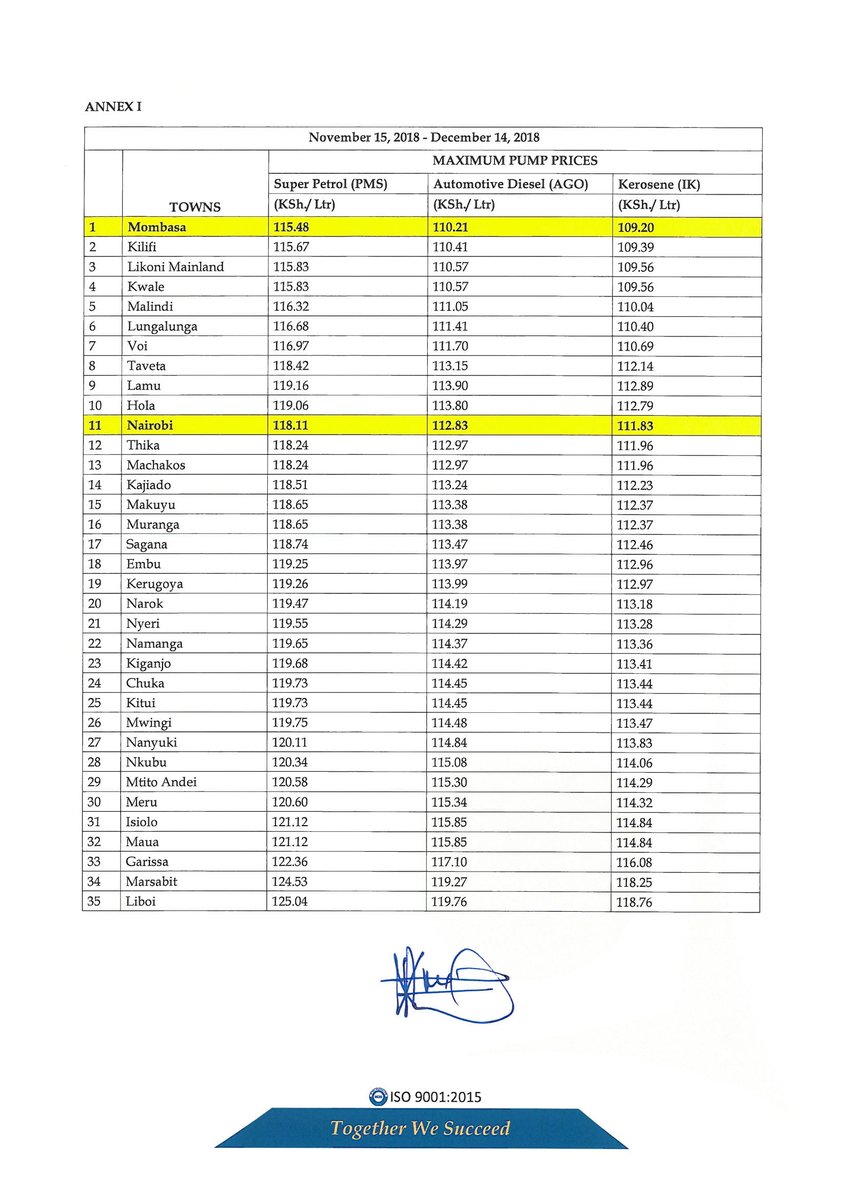 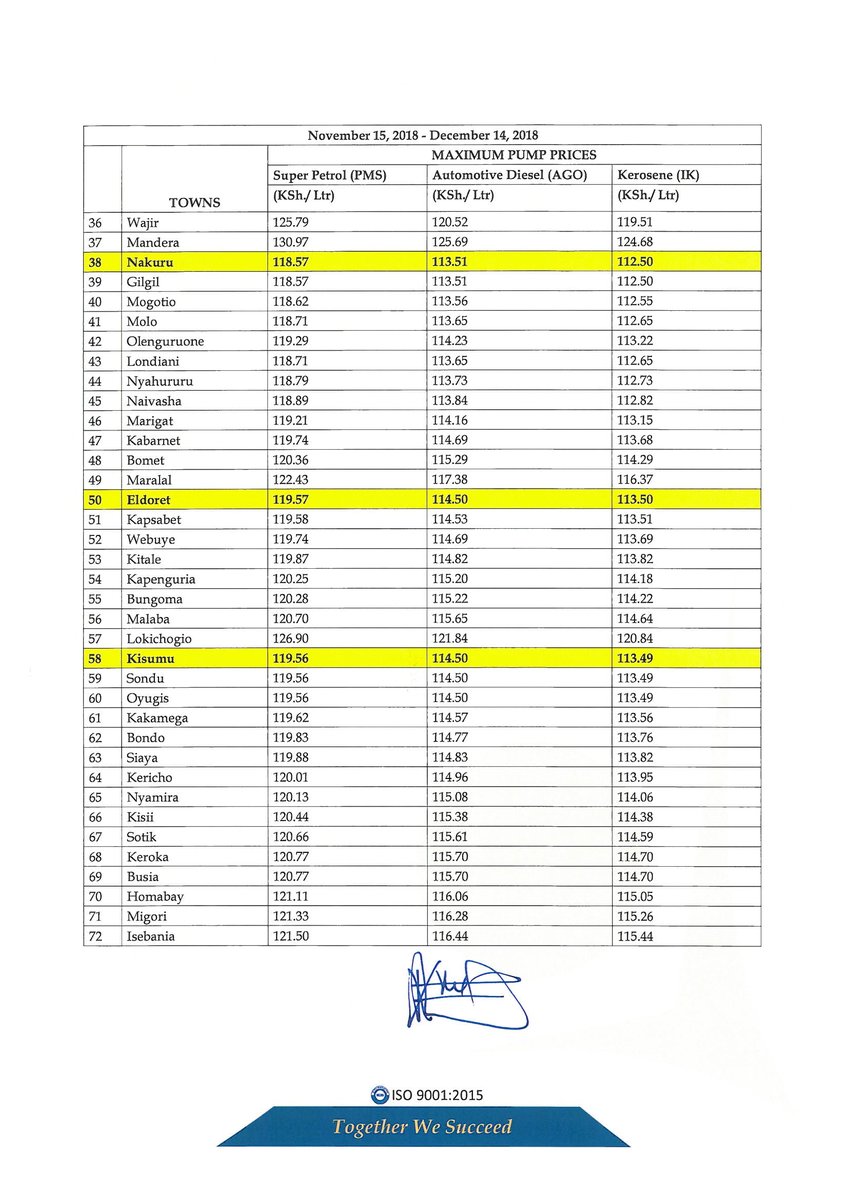 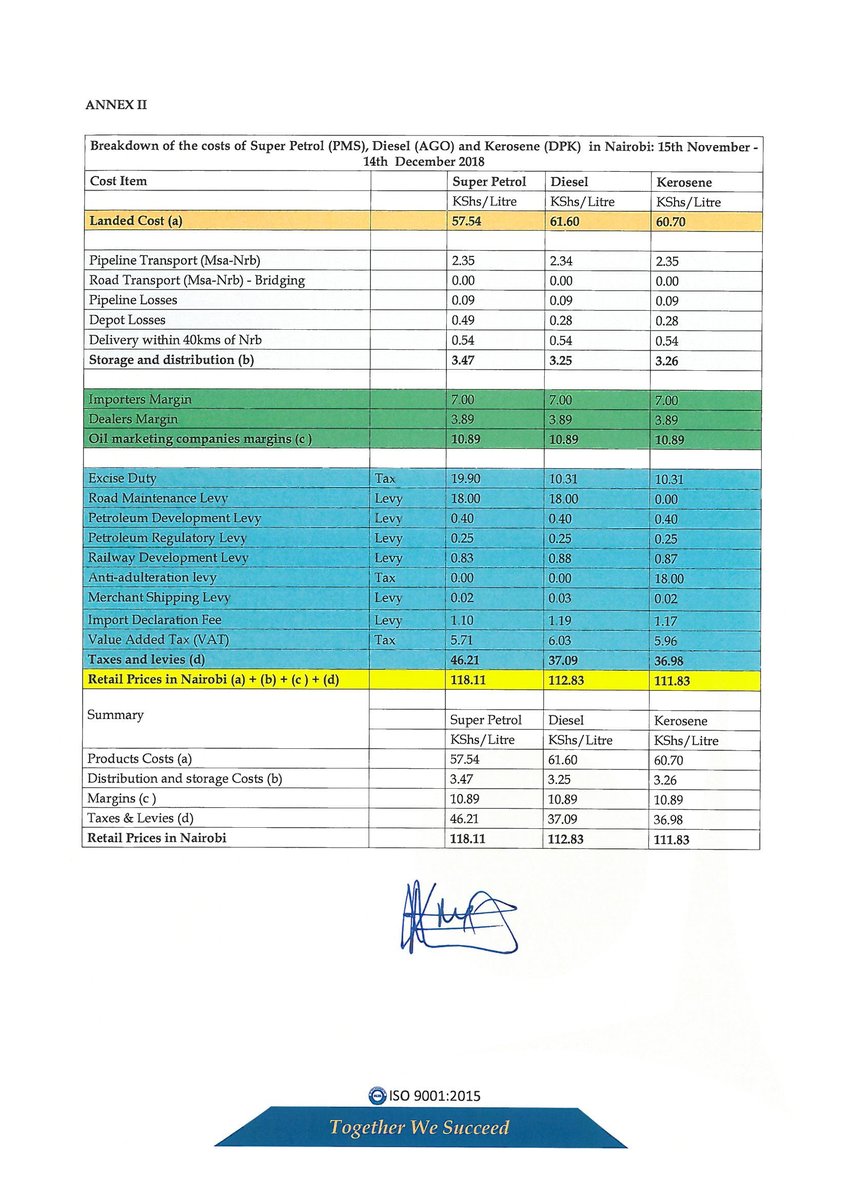