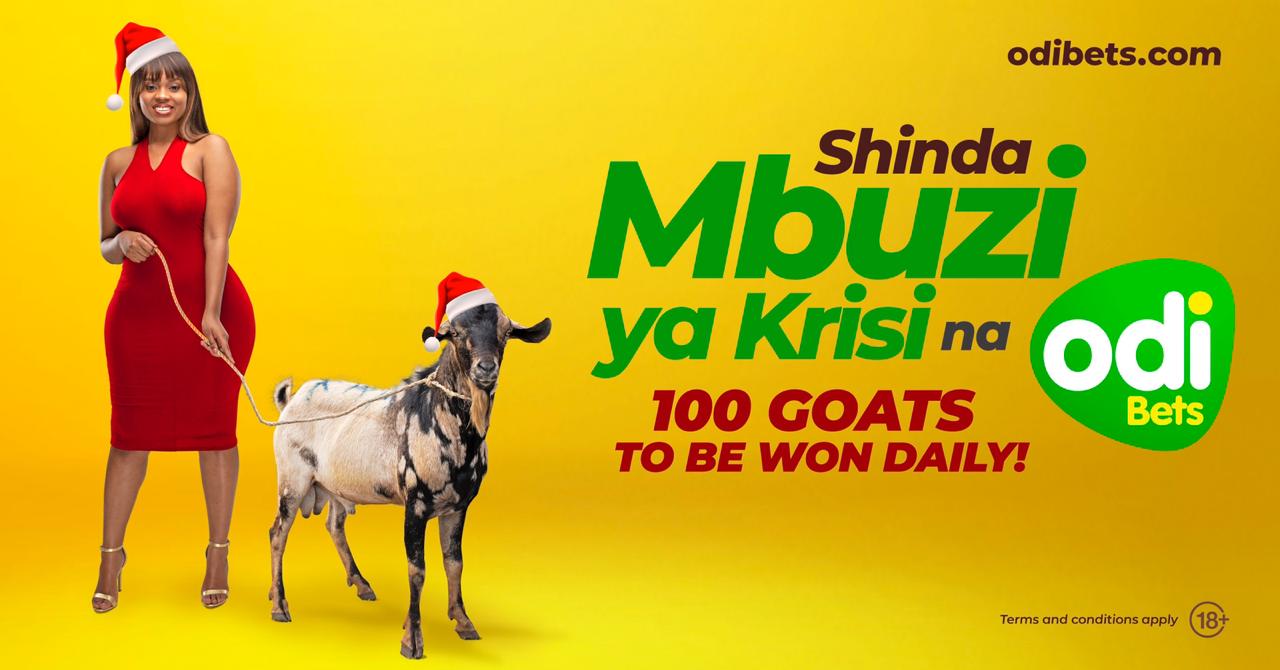 Odibets Country marketing manager grey Sayi said the competition was launched in a bid to give back to the company's loyal customers.

One of the leading betting firms in Kenya, Odibets, has announced that it will be giving out 100 goats daily to lucky winners starting 12th December 2020 to the 1st of January 2021 in a competition dubbed ‘Shindambuzi ya krisi’.

Speaking to journalists during the launch of the promo, Odibets Country marketing manager grey Sayi said the competition was launched in a bid to give back to the company’s loyal customers. “We have launched this one-of-a-kind promo as a way of giving back to our loyal customers who have been with us all year round despite the hardships we’ve had to endure,” said Sayi.

The promotion aims to reward several Odibets customers who stand a chance of winning a prize which is herein referred to as a goat (mbuzi) worth Ksh5,000.

To participate customers will be required to:

Winners will be picked randomly by OdiBets promotion systems. The customers who win, will receive a confirmation message from OdiBets on their mobile phone with the reward Ksh5,000 via M-Pesa.

In early November, Odibets, which also operates in Ghana as Odibets Ghana, offered a substantial financial boost to national football team, Harambee Stars, ahead of their crucial 2021 Africa Cup of Nations qualifier against Comoros at the Moi Sports Centre Kasarani.

Speaking to journalists, FKF president Nick Mwendwa said he believed the partnership between the Federation, Harambee Stars, and Odibetswould be a start to many more and bigger partnerships that will see football grow significantly in Kenya.

Tuchel has been reportedly sacked after he gave an interview in his homeland before PSG’s game against Strasbourg on Wednesday in which he was quoted as saying he had, at times, felt more like “a sports politician or sports minister than a coach” during his time at the helm of PSG

Zoo and Mathare got a reprieve on Thursday, December 17 when the Sports Dispute Tribunal (SDT) stayed the decision to kick them out of the league until a case filed by Zoo is heard.