Students celebrate during a graduation ceremony. Ashford Gikunda opines that the 8:4: 4 education system is responsible for the high unemployment rates in Kenya. [Photo/Courtesy]

Since 2011, Kenya has continued to churn out more and more graduates who are quickly thrust into the ultra-completive job market only for them to join thousands of other graduates in competing for very few available job opportunities.

The Kenya Institute for Public Policy Research and Analysis (KIPPRA) discussion paper 2018 dubbed Employment Distribution of Graduates Across Economic Sectors in Kenya paints a bleak future as the number of Degree Graduates employed in their year of graduation has plunged from 79% in 2011 to 13% in 2017.

“In Kenya, graduate unemployment has been on the rise, with many employers citing skills mismatch and lack of labour market information by university graduates as the main cause,” reads the report.

KIPPRA’s report backs findings by another one authored by the Federation of Kenya Employers (FKE) released in December 2018, which stated that degree holders are now being forced to accept clerical and receptionist jobs due to lack of options.

The autonomous agency’s findings are also an indictment of the government’s efforts to cushion graduates from the riguors of unemployment as soon as they clear school.

During Jubilee Party campaigns in the buildup to the August 8 and the October 26 presidential elections in 2017, President Uhuru Kenyatta sympathized with the plight of the millions of the tarmacking graduates, saying that the government had struck a deal with the private sector to absorb the graduates on a one year internship where they would be earning Ksh15,000.

“Starting next year, university, polytechnic and technical training institutes’ students will be offered one year long paid internships. This will also end cases in which graduates are denied jobs on account of lacking experience,” President Kenyatta said during a Jubilee campaign rally in Meru on June, 23, 2017. 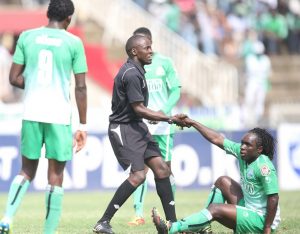