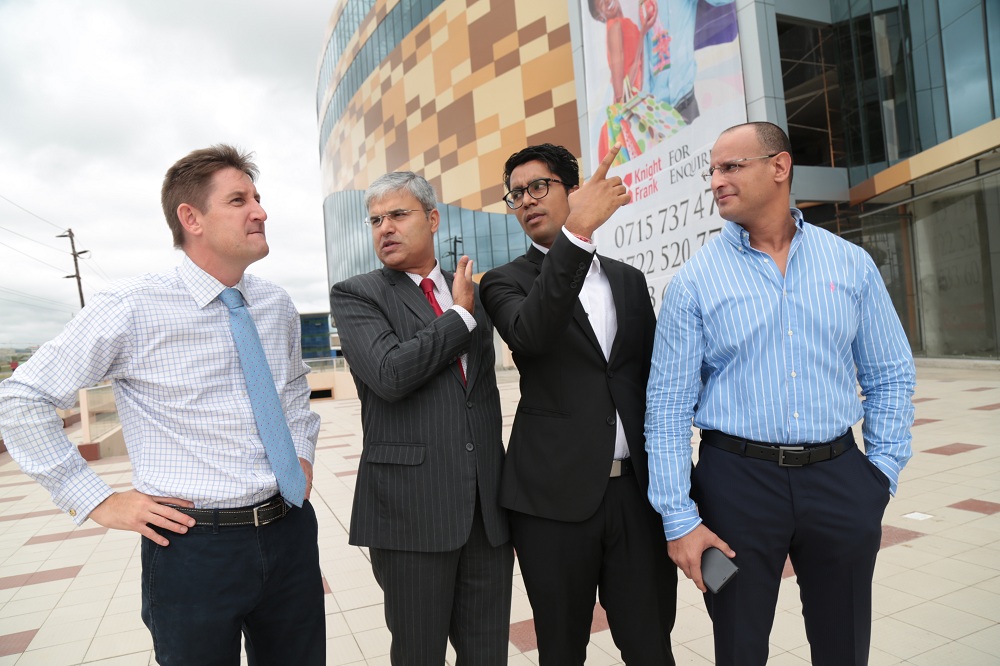 A new mall is set to open in Mlolongo along Mombasa Road in February next year. Signature Mall, a new mixed-use development, Mombasa Road, seeks to catering for the shopping needs of the surrounding neighbourhoods in Nairobi’s southern outskirts.

Construction of the mall began in January 2016 at an estimated cost of Ksh 1.14 billion (US$11 million), funded through a mix of debt and equity. Signature Mall delivers into the market a Gross Lettable Area of 259,300 square feet of high quality space that will host over 100 occupiers including shops, offices and a hotel.

It will also serve the hotel’s clientele and transit shoppers on Mombasa Road, together with transport hubs such as the Jomo Kenyatta International Airport (JKIA) and the newly opened SGR Nairobi terminus according to Vishal Pindoria, Managing Director at Canon Aluminium Fabricators Ltd.

“Signature Mall will offer an upscale consumer experience to shoppers by bringing local and international brands as well as leisure facilities to their doorsteps. As opposed to being purely retail-oriented, this is a high quality mixed-use development and incorporates small office spaces and a three-star hotel.”

The mall initially expects to serve 3,500-4,500 customers daily, with footfall anticipated to rise to at least 6,000 shoppers per day.

The mall is targeting an occupancy rate of 60-65% by the time it officially opens to the public next year, hosting a mix of local and international retailers, a diverse food court, a children’s entertainment zone and a health centre.

Amenities in the mall include a state-of-the-art fire detection and fire-fighting system, surveillance systems and 24-hour security personnel. It will have a parking space for over 600 vehicles in the basement and outdoors.

Anthony Havelock, Head of Agency at Knight Frank, which will lease  the new mall is optimistic that the new mall will outshine the mushrooming malls in the city. Signature Mall will be up competeng against Nextgen Mall, Gateway Mall and Safaricom Mall in Athi River all along Mombasa Road among others.

“It is no secret that we have seen an oversupply of new retail developments across Nairobi in the past two years and coupled with the situation of some retailers, it has been a challenging time for the retail sector in general. There are however good opportunities and locations for developers and retailers to target the growing population, increased affluence and emergence of the burgeoning middle class to provide formal retail developments and benefit from this demographic. Signature mall is certainly in one of these locations where the demographic profile and population are changing rapidly. The mall, with its strategic location and prominence, together with a first-mover advantage, is very well placed to be a success.”

The anchor tenant is Choppies Kenya while the hotel facility will be managed by Azure Best Western, a franchisee of Best Western Hotels & Resorts. The hotel, which will occupy the two upper floors of the development will have 70 elegantly-designed and fully-furnished rooms and serviced apartments to suit the requirements of contemporary business and leisure travellers. Azure Best Western, which will open for guests at around May 2018, will target local corporate clients, long stay, airport transient market, lay-overs, airline crews and leisure travellers.

“We recognise the urban population and businesses around Signature Mall as part of our integral target market. Of importance is our proximity to JKIA, making it possible to extend our reach to various travellers on either long stays or lay-overs,” said the CEO of Azure Hospitality Group Vikram Khettry.

Signature Mall is expected to generate direct employment for over 500 people and approximately 3,000 indirect jobs when it opens.