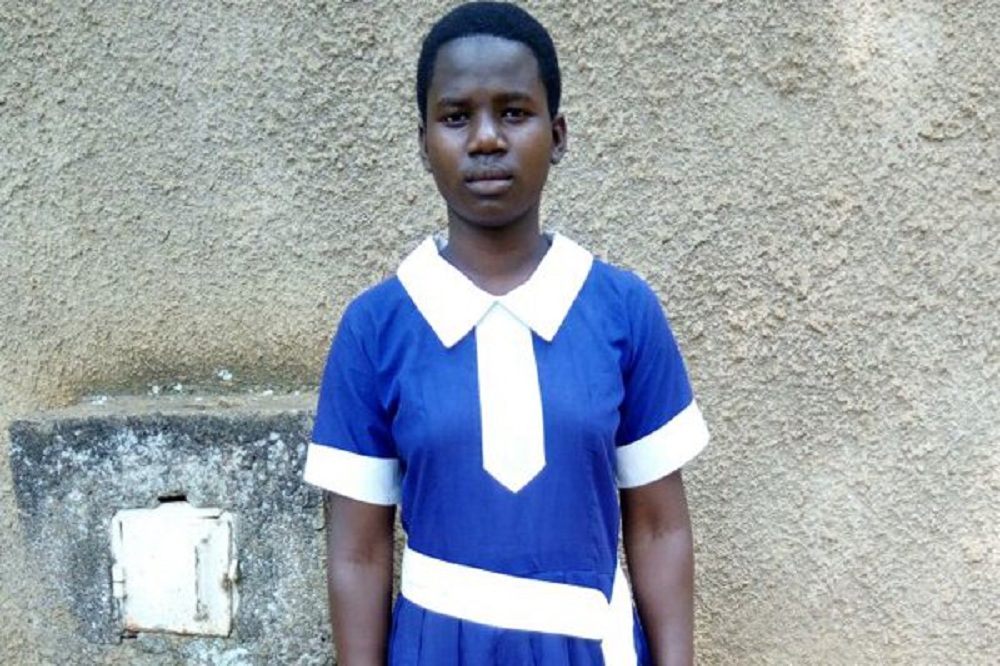 Naivas Supermarkets has offered to assist a girl who trekked for 40 kilometres to Butere Girls High School in Kakamega seeking admission and sponsorship.

According to reports in sections of today’s press, Grace Akinyi, who scored 392 out of 500 marks in last year’s Kenya Certificate of Primary Education (KCPE) exam from Nasira AC Primary School in Nambale Sub-County, failed to secure sponsorship from Equity’s Wings to Fly and KCB Foundation programmes for which she had applied.

Fearing she might lose her chance of joining Form One, Akinyi, whose father Duncan Owino died in 2003 when she was six months old, woke up at 3am and set out for Butere Girls on foot armed only with her admission letter and results slip.

Her mother is jobless and unable to pay her school fees.

“l am worried that I may not achieve my ambitions to become a lawyer if I fail get sponsorship for my education,” Akinyi told the Nation at Butere Girls High School in Kakamega County.

Deputy Principal James Wetindi said the school had accepted to admit the girl.

“We shared her plight with the school principal Ms Janet Omondi and she agreed to have the girl in school as we scout for well-wishers to stand in for her school fees,” said Mr Wetindi.

He said the school management would give the girl school uniform, beddings, mattress, box and some essential books.

In response, Naivas says it is willing to assist though it did not state what form of help it wants to offer.

“Good morning @StandardKenya the story about the young girl trekking to school and lacking school fees has really touched us and we want to support! #NaivasCares,” the retail chain tweeted .

Many parents and students have been caught in a quagmire following confusion over implementation of the government’s free secondary education programme with school fees being still beyond the reach of many.

On Wednesday, an elderly parent collapsed at Kingwende Secondary School in Kwale after he was asked to pay Ksh 16,000 school fees yet he had only Ksh 800.

The man, identified Chale Ndaikwa from Kinango sub-county, had taken his daughter for admission after she scored 319 marks.

According to The Star, Ndaikwa started to diarrhea and vomit and later collapsed in what may have been a coincidence.

But the girl named Fatuma Chale told the paper: “Father had only Sh800. I think he was shocked by the amount he was supposed to pay as he thought what he had was enough.”

But the school principal Peninah Mwinyi said the two arrived at 7 pm and seemed “very exhausted”.

“We explained to him what he was supposed to pay and he seemed too shocked. He fainted … we rushed him to Msambweni hospital … he was discharged at midnight,” Mwinyi said on Wednesday.

Ndaikwa depends on his charcoal business to sustain his family of seven. He has two other children in high school.

The MP noted parents are still being forced to pay school fees amounting to up to Sh50,000, especially in national and extra-county schools.