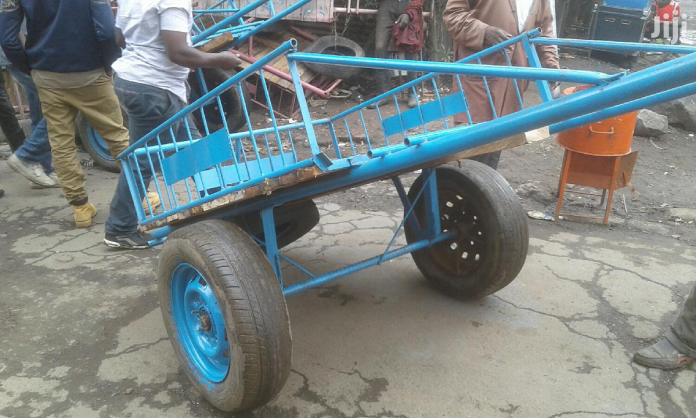 A tweet claiming that newly elected Nairobi Governor, Mr Johnson Sakaja, has banned handcarts and trolleys in the city centre is false.

BusinessToday today looked into the tweet and found it to be false. First, it did not quote the source of the information, nor did any reputable media house or website report the so-called pronouncement. Most websites reported the rebuttal.

Handcarts, commonly referred to as mikokoteni, are a common feature in the streets of Nairobi, mainly in the Central Business District (CBD). Young men with handcarts are strategically positioned along busy streets and termini.

Meanwhile, Mr Sakaja has dismissed the report as fake news. “Ignore the fake news,” he said through his verified Twitter account. “There’s no ban on mkokotenis and handcarts.”

Mr Sakaja and his deputy Njoroge Muchiri, who won the Nairobi gubernatorial seat in the just concluded 9th August general elections, were sworn in on 25th August 2022. Days after taking the oath of office, he issued an executive order directing the release of all motorcycles impounded by the Nairobi City County.

He further directed all ongoing cases by the county against boda boda riders to be dropped. Hundreds of motorbikes have been impounded by county government officials for various violations over the years. This was Mr Sakaja’s first publicized executive order since taking the oath of office on Thursday last week.

BusinessToday has fact-checked the tweet claiming that Nairobi Governor Johnson Sakaja has banned handcarts and trolleys in the city centre and found it to be false.