Nairobi Governor Mike Sonko. He says his administration shall not condone or tolerate any form of corruption, incompetence or lethargy that may jeopardize the lives of, or negatively affect service delivery to, Nairobi residents in any way whatsoever. [Photo/Business Today/File]

Sonko said the decision will facilitate impartial investigations that have commenced into classrooms collapse incident and the conclusion of an ongoing comprehensive systems audit in the Urban Planning Department.

He blamed the tragedy on impunity that was spearheaded by a few rogue officials within the department. Kerich is the immediate former CEC, Lands and Urban Planning while Dagane is in charge of general public health and safety.

Kerich, a former editor at The Star, was also recently appointed to oversee other county executives and coordinate City Hall’s projects and programmes, a move that appeared to cement the perception that he was Sonko’s favourite CEC member.

However, the two are said to have since fallen apart with the governor threatening him with the sack.

“I am convinced beyond doubt that drastic measures have to be taken to reverse the effects of years of flouting Physical Planning Regulations and restore order and sanity, before illegal structures claim more lives as has repeatedly happened before,” he said in a statement.

Sonko has appointed Pauline Kahiga to replace Kerich in an acting capacity while Veska Kangogo makes a comeback as the Acting CECM Health with immediate effect.

“As I have stated countless times before, my administration shall not condone or tolerate any form of corruption, incompetence or lethargy that may jeopardize the lives of, or negatively affect service delivery to, Nairobi residents in any way whatsoever,” said Sonko.

“Every official in my administration must be ready to take personal responsibility for their sector and work, and be prepared to carry their own cross just as I am always ready to carry my own and assume overall responsibility as County CEO,” added the governor.

The Directorate of Criminal Investigations has already launched investigations into the tragedy which occurred after the weight of the two-storeyed building overwhelmed the weak structure that was not properly supported and collapsed.

However, the owner of the school, Moses Wainaina blamed the county government, saying it dug a sewer line behind the classrooms which weakened their foundations.

The school was shut down on Monday by Education Cabinet Secretary Prof George Magoha until Monday to allow for an audit of its safety standards. 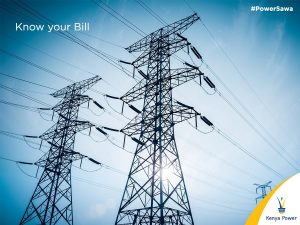 Will Corruption in The Energy Sector End as Regulator Rebrands?
The Authority now has the expanded mandate to supervise and…