Miguna Miguna at Jomo kenyatta airport the day he was deported to Canada ./EZEKIEL AMINGÁ

Miguna Miguna has had phases where he was loved by Kenyans and where he was hated and ridiculed by the same people who are looking up to him to do the hitherto unthinkable. push for the unseating of an ‘illegitimate’ government.

However, despite the things said against him Miguna’s energy is always through the roof when it comes to matters politics.

We look at some of the biggest moments in Miguna Miguna’s drama-filled life and career as a politician. The controversial lawyer has gone through a lot in his life but he always keeps going. Most of the problems he faces are because of the controversial utterances he makes.

Raila Odinga is the man who indirectly brought Miguna to the spotlight when the lawyer wrote a book about the former Prime Minister. Raila’s relationship with Miguna is barely understandable as they have had their good and bad moments. Mostly, it appears it is a love-hate relationship where they both loathe each other for many varied reasons.

Raila’s swearing-in was an example of the good times they have had together. Miguna was more focused on having Raila sworn in as the people’s president than as the enigma- Raila himself. In a later interview, Miguna said that Raila was shaking with fear hours before the swearing-in event.

Miguna was bold in swearing-in Raila but he apparently faced the consequences on behalf of the then National Resistance Movement (NRM). He was deported from Kenya but has still been active on social media making controversial claims about Kenya’s politicians and bigwigs.

Outburst on Passaris on live TV

In 2016, Miguna was trending on social media after creating a one of a kind entertaining Jeff Koinange live show for KTN viewers. The host, Jeff Koinange, had invited Miguna who was vying for Nairobi’s gubernatorial seat alongside current women representative Esther Passaris.

The lawyer was just directing banter at Passaris throughout the show as he gave she gave her a political orientation she’ll probably never forget. Snippets of the interview are still doing rounds on social media until today. The most prominent part of the interview is where Miguna referred to the Nairobi women rep as a ‘socialite bimbo’.

The interview is considered one of the most entertaining ones on Kenyan television. The host, Jeff Koinange, was having the best time of his life listening to Miguna and Passaris rant at each other.

Jeff put in minimal efforts to make the interview entertaining as he was just firing off a fire extinguisher anytime either of them dropped a fire banter at the other. In most cases, it was Miguna.

Nearly half of Kenyans on Twitter are blocked by Miguna Miguna. The lawyer went on a blocking spree back when he was running for Nairobi’s gubernatorial seat. He was blocking anyone who tweeted anything negative about him.

Before blocking his ‘haters’, Miguna would reply to the tweet boasting about his knowledge of the constitution and vast knowledge of the English language. At this time, screenshots of Miguna’s savage replies were being widely shared on social media.

This even prompted other Twitter users to jokingly say something negative about Miguna just to prompt him to reply. He did not spare anyone as he went on blocking nearly half of Kenyans on Twitter. After his return, he might also block others who missed out on the first ‘retrenchment’.

Fleeing to Tanzania When He Was UoN Student Leader

Miguna has brushed shoulders with authorities very many times. However, his first encounter with the other side of the law came when he was a student leader at the University of Nairobi in 1988. He had fled to Tanzania on foot during Tanzania during a government crackdown on ‘subversive’ elements.

He alongside other student leaders were among those targetted. In his book ‘Peeling off the Mask’, Miguna says that his poor sight is a souvenir of the inhuman and barbaric State-sponsored torture I endured in Nairobi’s Nyayo House torture chambers. He says that the powerful light inside the 7×7 detention chamber never went off during his detention.

Together with others who had been detained, Miguna set off for Tanzania on foot immediately after he was released.

“As we had walked for more than eight hours across the savannah bush, thickets, thorns and grass, all we had thought about was freedom. But more importantly, we had wanted to escape to a country – any country,” he said in the book.

Travelling? Why You Should Have an Insurance Cover for Your Trip 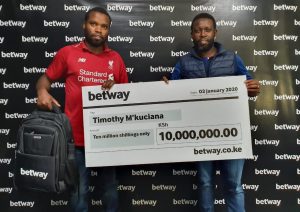