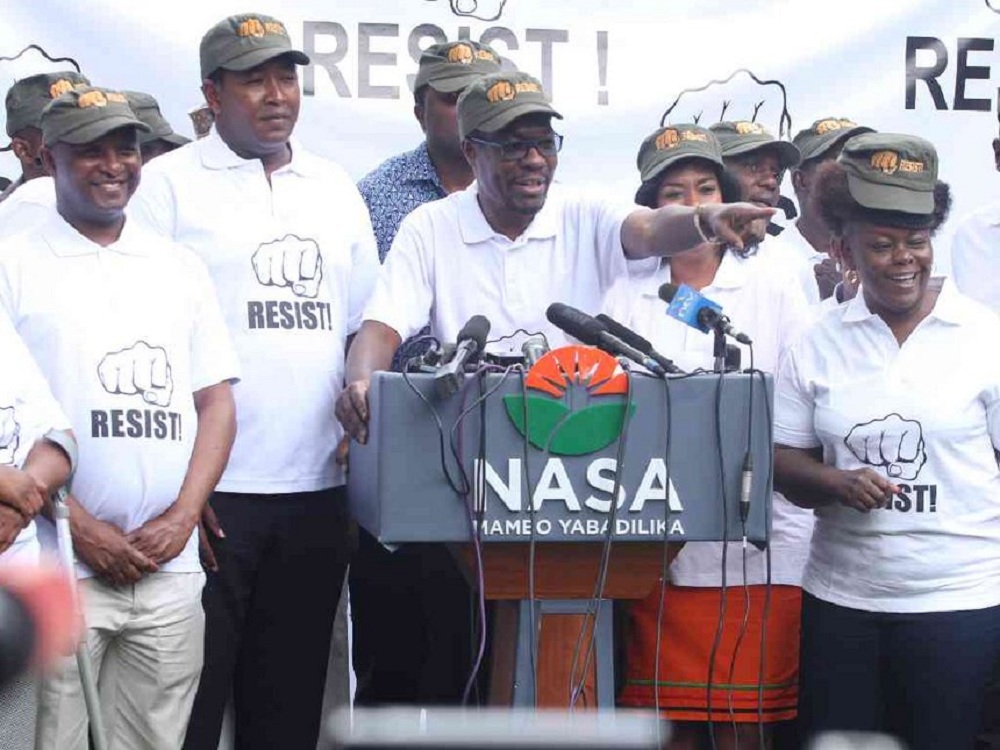 The Government has now declared the National Resistance Movement (NRM), an affiliate of NASA, as an “organised criminal group.”

The move, which is contained in a Kenya Gazette notice issued by Interior Cabinet Secretary Fred Matiang’i, paves the way for a government clampdown of leaders allied to Opposition leader Raila Odinga.

It came hours after Raila was “sworn in” as the People’s President at a ceremony held at Uhuru Park grounds in Nairobi and attended by thousands of his supports.

Though Raila is yet to provide details on his next steps, the “oath taking” provides a direct challenge to President Uhuru Kenyatta’s leadership.

Attorney General Githu Muigai had warned that any step to swear in Raila was an act of high treason and who see him and those who take part in the ceremony charged with the offence, whose punishment is death.

But Murithi Mutiga, a senior analyst with the International Crisis Group, says the move to declare NRM a criminal group would only serve to soar up tensions in the country.

“After initially showing restraint, Kenya govt reacts to opposition swearing in by declaring Odinga opposition movement an “organised criminal group,” a needless move that will dial up tensions #NASAOathDay,” he tweeted Tuesday.

While unveiling the outfit,  Raila had urged his supporters to embark on a national campaign of defiance of illegitimate government authority and non-cooperation with all its organs.

The Opposition also listed companies whose goods and services were to be boycotted for allegedly backing the Jubilee leadership.

Here is the Kenya Gazette notice issued by Dr Matiang’i: 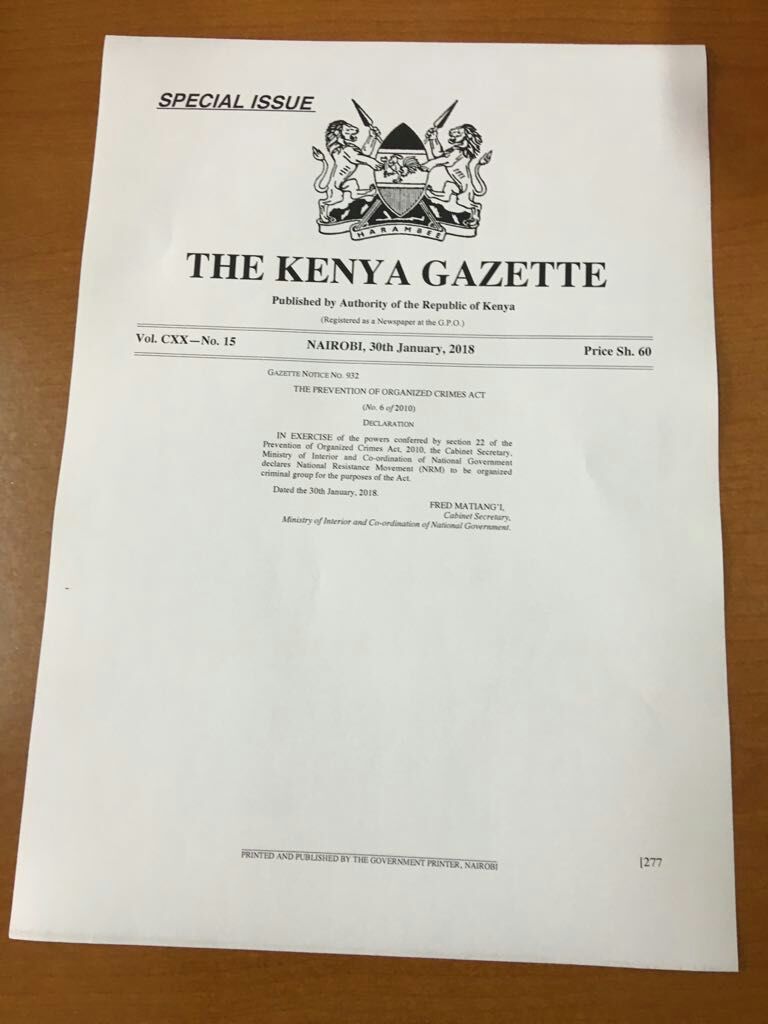