Interior of Bluewater Hotels, a Kisumu based hotel that will be taken over by Marriott International and operated under the Protea brand. [Photo/certiorary.co.ke]

Global hotelier group Marriott International will run a hotel in Kisumu following a franchise agreement signing with Aleph Hospitality, a Dubai based firm.

The deal will see Bluewater Hotels, a five-star hotel in Dunga area near the Kisumu City center operated by Dubai based firm Aleph Hospitality under the Protea Hotels by Marriott brand.

Protea Hotel by Marriott Kisumu will feature 125 rooms, three food and beverage outlets, a rooftop infinity pool, gym, spa and more than 500m2 of meeting space. It is due to open in January 2022.

Bani Haddad, Founder and Managing Director of Aleph Hospitality said the firm was thrilled to work with Marriott so as to bring an internationally recognised brand hotel to Kisumu.

“As Aleph Hospitality continues to expand across Africa and the Middle East, we are delighted to once again collaborate with Marriott International, following the signing of Four Points by Sheraton Monrovia earlier this year,” he said.

Bluewater Hotels Managing Director Edward Guda said the Kisumu hotel will benefit from the reputation of a gloabl brand, as well as the expertise and knowledge of Aleph Hospitality, the Dubai based firm which operates in Middle East and across Africa.

“Our new hotel marks a first for Kisumu’s burgeoning hospitality industry,” he said.

The Kisumu venture adds to Marriott’s presence in the country. It already runs Four Points by Sheraton in Hurlingham, Nairobi. At the same time, the global hotelier also took over Sankara Hotel in Westlands, running it under the Autograph Brand.

At the same time, the firm recently inked a deal for Best Western Plus Westlands, which is set to open in Nairobi in the fourth quarter (Q4) of 2019. Two further properties, one in Mombasa and one in Nairobi, are still under construction. 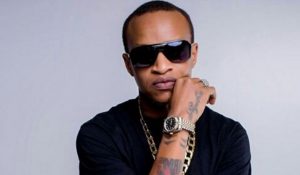