His Excellency John Mwaniki, Deputy Governor, Laikipia County (Centre) is joined by NSE and CDSC Senior Leadership teams to ring the bell to mark the commencement of trading of M-Akiba 2 Re-Open 2 of May 2019 on the NSE.

The closing bell at the Nairobi Securities Exchange (NSE) was rang at 3:49pm on June 10 during a ceremony to commemorate the secondary listing of the M-Akiba bond.

Although the fourth issue of the M-Akiba retail bond fell below the target of Ksh250 million, NSE Executives seemed buoyant as Deputy Governor of Laikipia John Mwaniki rang the bell.

While announcing a 75% uptake for the latest offering of the tranche, the NSE  said it felt it had made significant steps in democratising the government bond.

“I think the growth of M-Akiba is bright. In future, more and more Kenyans will take it up,” said Odundo.

With a mobile phone, one can invest a minimum of Ksh3,000 (as against the usual minimum of 50,000 on other treasury bills and bonds). The tranche attracts a 10% interest that is tax exempt.

The secondary listing also means that investors can now buy and sell M-Akiba bonds on the NSE.

Total money raised by M-Akiba by its fourth offering is now Ksh782 million.

With a target of Ksh250 million, the uptake fell below the mark registering at Ksh187.5 million.

Its previous issue in March had seen Ksh197 million snapped up, representing 79% of the targeted value.

Already, over Ksh60 million has been paid out to investors.

The next M-Akiba re-open is scheduled for July 2019. 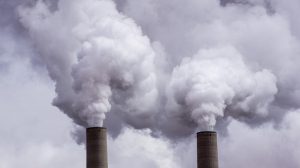