A letter, purportedly issued by Kenya’s tax collecting agency, making rounds on social media claiming that Deputy President William Ruto has not paid taxes from his business ventures is fake.

The image of the letter that appears to be from the Kenya Revenue Authority (KRA) and addressed to Mr Ruto, was shared on Facebook and Twitter. The letter, dated 3rd September 2021, informs Ruto that KRA is seeking to review and restructure his tax obligations since it has not received any taxes from him apart from mandatory income tax paid from his salary as Deputy President. 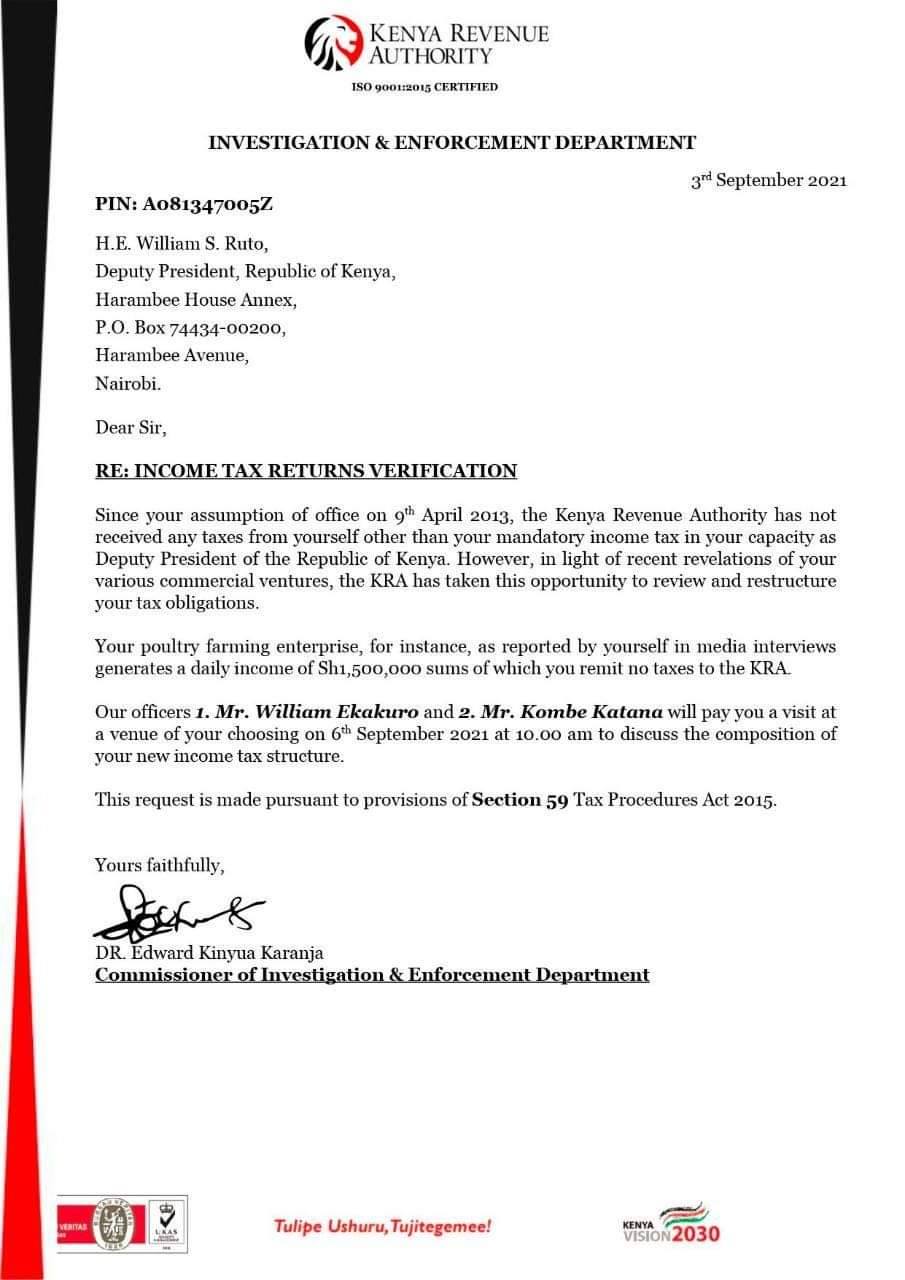 The letter emerged days after Ruto defended his wealth, saying he made Ksh1.5 million a day from selling eggs from his farm in Uasin Gishu.

“Your poultry farming enterprise, for instance, as reported by yourself in media interviews generates a daily income of Ksh1,500,000 sums of which you remit no taxes to the KRA,” says the letter, signed by Dr Edward Kinyua Karanja, who is the Commissioner of Investigation & Enforcement Department.

“However, in light of recent revelations of your various commercial ventures, the KRA has taken this opportunity to review and restructure your tax obligations.”

A fact-check reveals that the letter, complete with the KRA logo, is fake. While Edward Karanja is indeed the Commissioner of Investigation & Enforcement Department, he did not author the letter.

The Kenya Revenue Authority on the same date dismissed the letter, telling the public, “Kindly be advised that this (letter) is fake”. KRA posted a copy of the widely circulated letter on its official Facebook page, stamped with a “FAKE” warning. 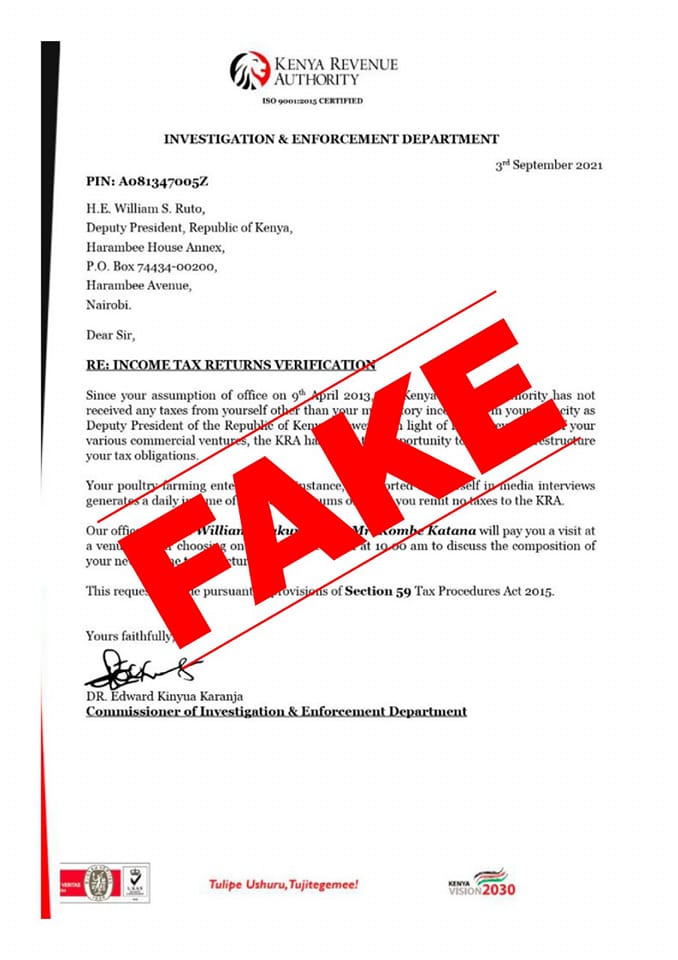 VERDICT: The letter shared on social media seeking to review and restructure Deputy President William Ruto’s tax obligations is FAKE and has been disowned by the Kenya Revenue Authority.

>> Meet The Young Kenyan Girl Who Sings Like a Bird

>> Inside The Slow But Sure Business Of Selling Tortoises