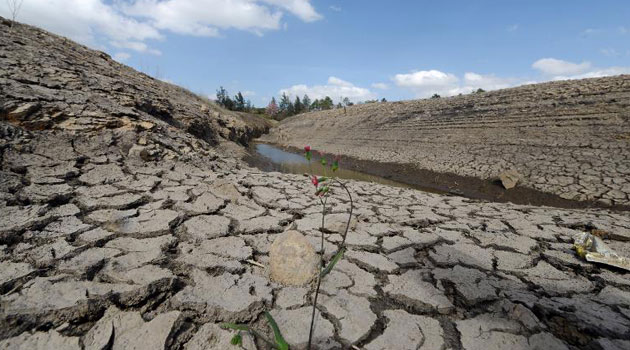 Lack of access to credit for farmers is the main reason that the country is food insecure and most farmers in the country are poor.

A report by Feed The Future (the U.S government’s global hunger and food security initiative) researchers Tara Geiger, Brian Harding, Anna Heacock and Titus Osewe released in February this year states that banks are reluctant to advance loans to farmers under the assumption that their default risk could be high.

“Smallholder farmers in Kenya face a variety of barriers to advancing their climate resilience, including absence of capital and lack of loan products for farmers. Traditional screening models by banks in the country cuts of the farmers from much needed capital that could improve production and help the farmers mitigate the effects of erratic weather patterns like severe drought,” reads part of the report.

“Even when farmers are approved for loans, institutional requirements are often not in their favor. Although banks should ideally keep interest rates low in order to both encourage loans for new investments and mitigate inflation, Kenya’s Central Bank, for instance, has remained at 10%; this is compared to the U.S. Federal Reserve’s interest rate of 1.25-1.5%,” reads the report.

The report adds that banks are hesitant to advance loans to farmers due to the risk of changing weather patterns and therefore slap farmers with multiple requirements for them to access a loan. This leaves the farmers with little option but to turn to informal lending opportunities after failing to find collateral.

On August 22, Co-operative Bank announced that it will be advancing unsecured loans to Micro, Small and Medium Enterprises (MSMEs) in a strategy targeting the three different kinds of business units who form the backbone of the country’s economy.

This could be a relief for the farmers who can now access the loans and improve their livelihoods.

This also comes as President Uhuru Kenyatta is seeking to leave a solid legacy during his second and final term in office with food security being part of his Big Four Agenda.