Knight Frank Kenya Managing Director Ben Woodhams gestures during a presentation. He says idle money is likely to be injected into the economy before October.

Money that Kenyans are hoarding is likely to be injected into the economy before October 1 when Central Bank of Kenya (CBK) plans to demonitise the economy.

In an exclusive interview with Business Today, Knight Frank Kenya Managing Director Ben Woodhams said that there is lack of liquidity in the market at the moment, a situation which is likely to be reversed in the wake of the latest development.

“There are people who might have cash who might want to bring that out into the market now, they’ll need to spend it before that cash is no longer valid, so we might see a return to the liquidity that we have seen in the past,” said the Managing Director. “It will be interesting to see what happens over the next couple of months during that process.”

An independent analysis by Business Today has established that one of the likely sectors that the money is likely to be injected is the real estate sector which is considered flexible due to soft regulation.

A book authored by American think tank, The Centre for Complex Operations (CCO) dubbed Covergence: Illicit Networks and National Security in the Age of Globalisation cites the Kenyan real estate industry as an easy target for illicit flows of cash due to lack of strong regulation.

{Read: How to tell genuine new banknotes from fake ones}

In a chapter titled Money Laundering in Real Estate author Louise Shelley says that the sector has failed to command the attention of regulators because of the benefits that accrue from the investments such as creation of jobs and growth of the country’s economy.

“Global financial policymakers have flagged already Kenya for laxity on the money laundering front and it has shaky legal and regulatory foundations,” Shelley says adding that the country’s national security could be compromised since the sources of the cash are not properly vetted.

Neighbouring East African countries Uganda and Tanzania have already banned exchange of Kenyan currency in their borders during the demonitisation grace period to ensure that their financial institutions are not used to launder the dirty money back into Kenya.

On Tuesday, the Bank of Uganda (BoU), the country’s monetary policy regulator, said it had decided to issue the ban after consultations with the Central Bank of Kenya (CBK).

“In light of the new development, the Bank of Uganda will not accept Kenya shillings at its counters with immediate effect,” the institution said in a letter to commercial banks in the country.

The multi-sectoral taskforce on money laundering, which includes high placed state officials at the National Intelligence Service (NIS), The Kenya Revenue Authority, The Directorate of Criminal Investigations DCI, the Ethics and Anti Corruption Comission (EACC) and the Financial Reporting Centre (FRC), has already indicated that it will be going after high end cars business, casinos and law firms which have also been identified as potential money laundering enterprises. 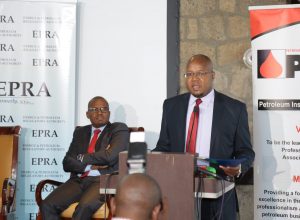