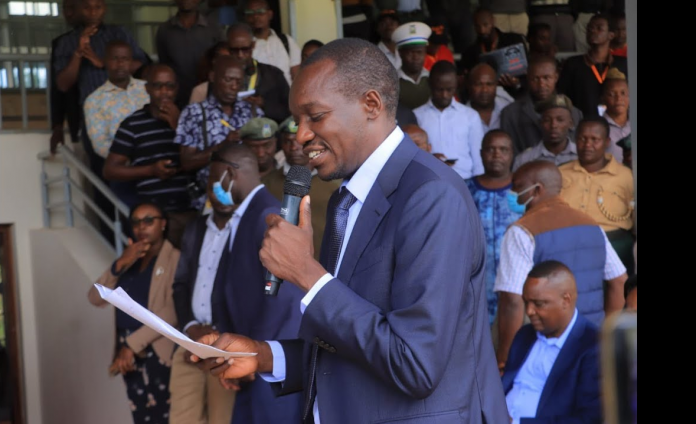 On 31st August 2022, a Twitter user reported that newly elected Kisii Governor Paul Simba Arati had relocated from the County Government offices to the Gusii Stadium because of witchcraft.

The tweet came at a time when the newly-elected governor was cracking down on ghost workers in the Kisii County Government. A headcount of drivers, conducted at the Gusii Stadium, for instance, established that the county had over 250 drivers for its 81 vehicles. Later, Mr Arati flagged 861 ghost workers from the county government in a purge across all departments.

BusinessToday has looked into the claim and found the assertion that Kisii Governor Simba Arati has relocated from public offices due to witchcraft to be false.

On 22nd September, 2022, we contacted Mr Arati on phone, who dismissed the information as propaganda and misleading. “That’s just propaganda by idle minds and those against my government,” Mr Arati said.

“I am working from my office, and the county government offices are open. We just use the stadium for some official functions that need bigger space.”

Further, we reviewed online media coverage of Governor Arati’s alleged relocation, and there were no such reports. While witchcraft is reportedly practised in Kisii, no incídent has been reported at the county government offices.

The report that Kisii Governor Simba Arati has relocated from public offices due to witchcraft is, therefore, false.

Next Read >> What Colour Is President William Ruto’s Flag?