Samburu County Governor Moses Lenolkulal has termed the case against him as a political witch-hunt. [ Photo / Twitter ]

Samburu County Governor Moses Lenolkulal and 10 other accused persons did not conspire to steal public funds from the county’s coffers, a court was told on Thursday.

During cross-examination in Court in Nairobi, the first witness, Mr Joseph Lekalkuli, head of Samburu treasury, said he was not aware of any scheme by the 11 to steal the county’s funds. “I don’t know of any plot by the accused persons to steal public property in Samburu County,” he told Judge Thomas Nzioki.

The governor has been accused of conflict of interest for trading with the county government through Oryx Service Station for the supply of fuel amounting to Ksh87.6 million. Mr Lenolkulal said when he was elected as Governor of Samburu, he transferred the proprietorship of the service station to avoid any conflict of interest that may arise.

“I shall not direct or take part of any procurement of any of the petroleum products in Oryx Service Station and I shall not after a procurement contract has been entered into, take part in any decision relating to the procurement or contract,” he said in Declaration of Interest letter dated 5th, April 2013.

During the cross-examination, which took two hours, Mr Lekalkuli said apart from Oryx Service Station, the county procured fuel services from two other stations in Maralal town and Baragoi in Samburu North through a competitive process.

Mr Lekalkuli, the first of 43 State witnesses lined up by prosecution to testify against the second-term governor, said as county head of treasury, he was not influenced by Mr Lenolkulal or any of the other 10 accused to approve any payment voucher.

Last year, the governor and 10 suspects were arrested and linked to fuel supply scandal in which Oryx Service Station, which the DPP alleged to be owned by him, was given a tender to supply the county government against the law. Mr Lenolkulal termed the issue as “political witch-hunt’.

According to the witness, the governor did not acquire a direct private interest by being a supplier of fuel to the county government that he heads. The hearing of the case continues Tuesday 25th February.

NEXT READ >> How to Manage the Risks of Supplying to Counties 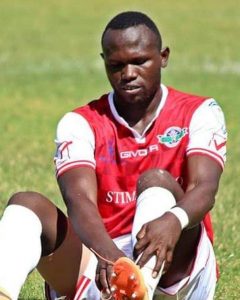