ARVF is an SME Private Equity Fund investor which has increased its investment presence in Kenya through the latest acquisition.

The investment was done through an asset carve-out into a new entity called Metro Concepts East Africa Limited.

ARVF is positioning itself for increased activity in the real estate and construction sectors.

These sectors are expected to pick up again buoyed by the government’s push for affordable housing as part of its big four agenda, and following the repeal of the law on interest rates cap.

Metro Plastics Kenya has been in operation since 1983 dealing with the fittings space and pipes segment. The company based in Nairobi’s Industrial Area employs over 300 people.

Speaking during the signing of the deal, David Owino, Partner at Ascent Capital Advisory Services LLP said that their investment will focus on expanding the range of products manufactured by Metro Concepts East Africa as well as expanding its presence in the region.

Previously, the company has mainly operated from Kenya with sales offices in Uganda and Rwanda.

“This is a leading player in the Kenyan market with over 30 years’ experience. The company has a strong brand name that is recognized by customers in the region because of its quality products” He said.

“Among the key-value addition areas for the fund are product development, the introduction of improved manufacturing practices and technology and implementation of Environmental, Social and Corporate Governance (ESG) standards to measure the ethical impact and sustainability of the business. We strongly believe that most achievements are derived from employee productivity gains, and as such we are committed to investing in the employees. This should see better quality products availed at affordable pricing to customers,” Owino added.

He said that the investment will have a huge impact on not only the real estate and construction sectors but the economy as a whole.

This is informed by plans to expand the company’s product offering thus reducing the need to import and thereby increasing employment opportunities.

The manufacturing sector is a key driver of Kenya’s economic development in terms of job creation, national output and exports as indicated by its huge role in Vision 2030. The sector’s overall goal in the Vision 2030’s midterm plan is to increase its contribution to GDP by at least 10% per annum.

The fund has also made 3 investments each in Uganda and Ethiopia. 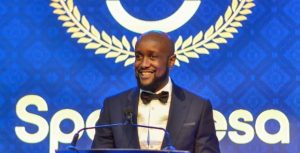