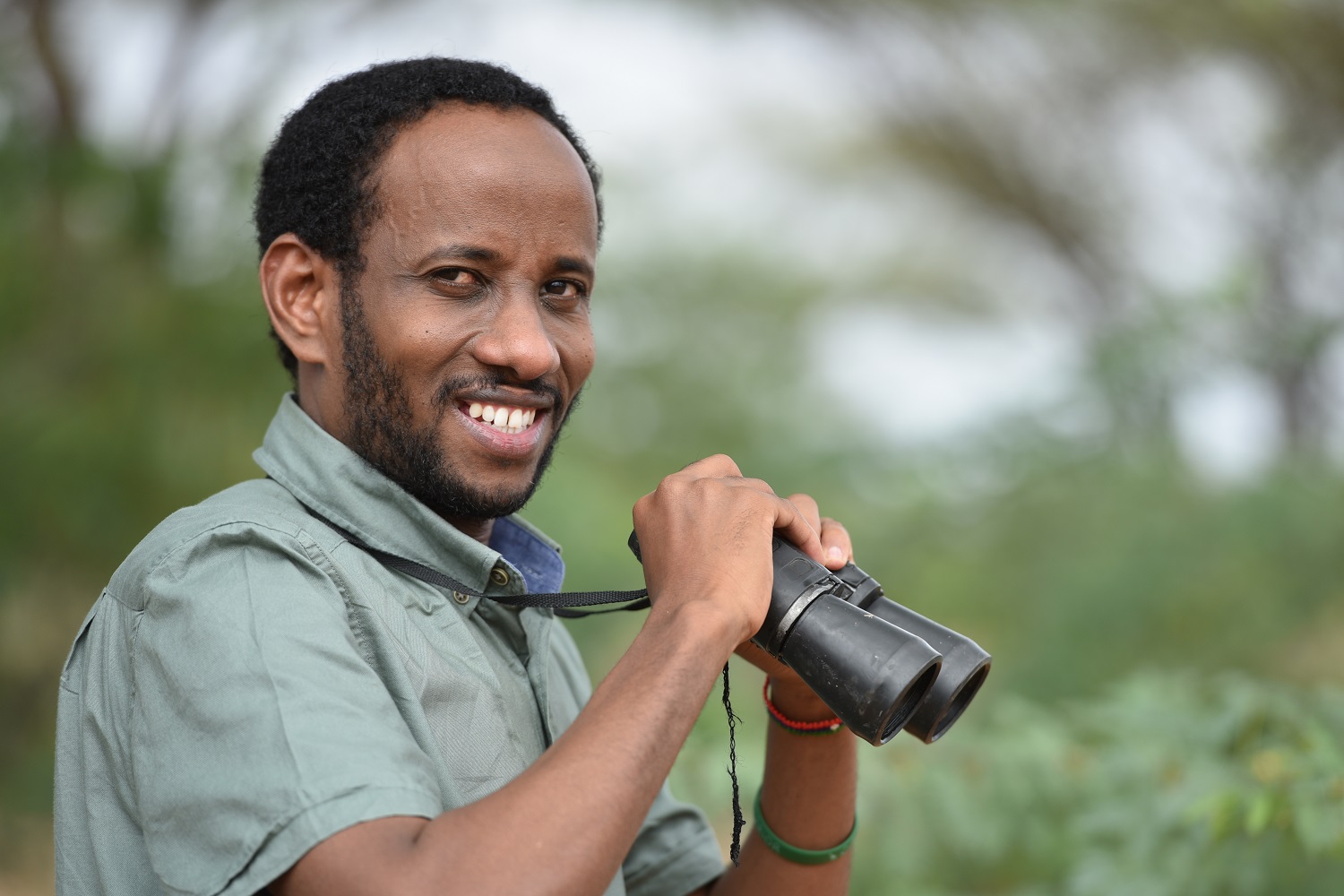 Mr Abdullahi Hussein Ali, who founded the Hirola Conservation Programme, is fighting to prevent the hilora species from becoming the first extinct mammal since the Tasmanian tiger was wiped out in 1936. [ Photo / whitleyaward.org ]

A Kenyan conservationist has been honoured with the prestigious Whitley Award for his dedication to protecting the critically endangered hirola antelope, which has become more of his relatives in the wild.

Hirola numbers have declined by more than 95% in the last four decades. With fewer than 500 individuals remaining, the antelope is currently among the top 10 focal species at risk of imminent extinction.

Mr Abdullahi Hussein Ali, who founded the Hirola Conservation Programme, is fighting to prevent the species from becoming the first extinct mammal since the Tasmanian tiger was wiped out in 1936.

The Whitley Awards, often referred to as ‘Green Oscars’, are awarded annually to individuals from the Global South by UK-based conservation charity the Whitley Fund for Nature (WFN) and are each worth £40,000 (Ksh5.3 million) in project funding. Ali is one of six conservationists to be recognised this year for their achievements in nature conservation.

The project is based near the Kenya-Somalia border, an extremely remote and volatile region. While previous conservation attempts by foreigners in this challenging place have been largely unsuccessful, Ali’s local understanding of the area he grew up in, conservation knowledge and passion for the work made him a prime candidate to lead the country’s hirola conservation efforts and was identified for the role by the Kenya Wildlife Service.

Ali and his team have carried out vital research to understand the continuous decline of the species – which has sunglasses-like markings on its face – pinpointing habitat degradation as a key threat.

Worsening droughts and livestock overgrazing has resulted in grasslands becoming overgrown by trees. While these wooded areas are good for some wildlife, they are strictly avoided by the hirola which need the safety of open land.

Their research also revealed that the population decline of elephants in the area was exacerbating the situation. Elephants historically maintained the grasslands by herds moving through the area, preventing too many trees from growing.

These “Mega herbivores” were poached for their ivory in the early 1980’s but recolonized the area in 2011. Ali and his team now run an anti-poaching programme to help protect them so they, in turn, can protect the habitat – allowing the hirola to thrive.

“I think of the hirola antelope as a relative,” Ali said. “We have shared a home our whole lives and I have a strong obligation to get them back into Noah’s Ark. As the story goes, a combination of all species is needed to retain the careful balance of the ecosystem. Our aim is to provide locals with the knowledge and skills to restore the grasslands and save this species whilst building a sustainable future for the community.”

Garissa County is considered to be one of the most disadvantaged in Kenya, with poverty rates estimated to be over 80%. With support from his Whitley Award, Ali will work with communities to restore grasslands for the benefit of the hirola and at the same time teach herders to use the land more sustainably to prevent overgrazing and support their livelihoods.

In addition, Ali and his team will provide training to a network of Somali pastoralists to track sightings of hirola, and work with schools teaching young students the importance of wildlife. The £40,000 funding from WFN will also allow Ali to strengthen institutional frameworks needed to better govern protected areas.

Edward Whitley, Founder of WFN, said: “Ali’s commitment to his country and its wildlife has provided a powerful formula to deliver lasting change. He shows us a wonderful example of the benefits of a grassroots approach in conservation, and we are thrilled to highlight his achievements and support the scale-up of the Hirola Conservation Programme.”

Ali is among six conservationists to receive 2020 Whitley Awards to support their work to conserve some of the planet’s most endangered species and spectacular natural habitats. While normally presented to winners by charity Patron HRH The Princess Royal at an annual Ceremony in London, the 2020 Whitley Awards Ceremony was postponed due to the COVID-19 pandemic.

Garissa County is considered to be one of the most disadvantaged in Kenya, with poverty rates estimated to be over 80%.

The winners will receive their funding but they will be invited to attend a ceremony and related events in London later this year to celebrate their achievements, should circumstances allow.

Patrícia is a world expert in the science of tapir conservation and has dedicated her life to shedding light on this unusual looking, yet little-known species. Against a backdrop of political and environmental instability in Brazil, her work is more important than ever. The Whitley Gold Award enables the expansion of her work to the embattled Amazon.

The 2020 Whitley Gold Award winner is:

One of his most memorable motions in the Legco was demanding that African teachers be allowed to form their own association and as a result, Kenya National Union of Teachers (KNUT) was born.

Getting involved in the game she found out that it is mainly dominated by men and she had to adjust.