Kenyan companies have rushed to declare half year financials so as to beat the deadline. [Photo/biometricupdate]

Kenyans, the saying goes, are last minute citizens, waiting until the eleventh hour to begin doing what is required of them. It is why on many occasions, required government initiatives such as the Huduma Number, the filing of tax returns and the renewing of passports sees citizens rush with moments ticking to the deadline, resulting in long queues.

The same habit seems to have infused the Kenyan companies that are listed on the Nairobi Securities Exchange (NSE).

With the deadline fast approaching for the requisite reporting of half year financials, it is no wonder that business news cycles have over recent weeks been filled with firms’ half year profit or loss reports.

The firms, just like the Kenyans who nervously rush to beat the deadline shivers, have resembled the citizens of the land in which they operate in,

Why Kenyan Companies Are Reporting Half Year Financial Results

Over the past two weeks, listed firms have been rushing to report their half year financials, as is required by the market regulator Capital markets Authority (CMA).

For at least seven companies, the half year results have rolled in on the week beginning August 26, which was the last seven day period leading to the HY deadline.

BOC Kenya, Jubilee Holdings and Barclays Bank of Kenya and Nation Media Group have also been among the firms to release their half year results within the final week of reporting.

A host of other banks were also on the list of firms releasing their half year financials within this month were KCB, Equity, Stanbic, Co-op Bank and Diamond Trust Bank (DTB). They were also joined by firms such as Crown Paints, Kenya Re-Insurance and Sanlam Kenya.

Listed Banks Performance in the Half Year

Banks’ performances has been hit by a combination of stiff international financial reporting standards, slowing economy and the rates cap law.

Available financial results show that kcb group‘s provisions for bad loans increased from Ksh800 million in the first six months of 2018 to Ksh3 billion fin the six months ending June 30. Currently, KCB Group is the most profitable lender in Kenya.

Equity Bank, its closest rival, also doubled its loan-loss provisions to Ksh450.6 million at the end of June 30, 2019 up from Ksh259.4 million as at the end of thee same reporting period last year.

Co-operative Bank of Kenya, also a leading retail lender, has expanded its bad loans provisions from Ksh1.05 million last year to Ksh1.15 million over the past six months of this year.

“This big increase in loan provision is mostly due to impact of day one adjustments done during implementation of IFRS 9 last year,” said KCB Group Chief Finance Officer Lawrence Kimathi, speaking at a recent investor briefing. 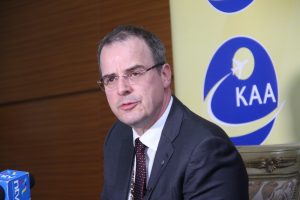