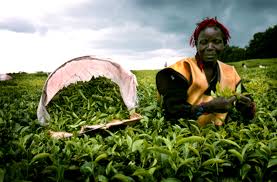 A worker at work in a tea plantation. Tea farmers have been lined up for a fatter bonuses than last year.

The 54 Kenya Tea Development Agency (KTDA)-managed tea factory companies will, starting next week, commence meetings to review and approve the factories’ audited annual accounts for the 2019-2020 Financial Year, ahead of the declaration of the second and final payment, popularly known as “bonus” to farmers.

The turnover for this financial year is Ksh79 billion an increase of 14% compared to the last financial year. The total pay-out inclusive of initial payment and final will be confirmed once all the factories have declared their results.

In the financial year 2018/19, the total turnover was Ksh69 billion, and farmers were paid a total of Kshs 46 billion for the green leaf delivered to the 69 tea factories managed by KTDA MS.

The price of sold tea at the market is determined by a multiple of factors among them production volumes, demand of the product and the prevailing macro-economic environment at the time of sale.

Alfred Njagi, the KTDA Management Services (KTDA MS) Managing Director said in determining the final payment, individual factories consider the revenue generated from tea sales, other income including interest from investments, dividends from KTDA Holdings less the cost of operations, dividends payable to their shareholders/farmers and taxes to Government if any, for the year.

“This decision is made by the respective factories’ boards, which consist of elected farmers’ representatives from each tea growing electoral area,” he said in a statement on Friday.

This year’s declarations come against the backdrop of increased green leaf production by KTDA-managed factories which grew by 29 per cent for the year ended June 30, 2020 to stand at 1.45 billion kgs compared to 1.13 billion kgs over a similar period last year.

On average 4.5kgs of green leaf make one kilogram of made tea.

This was occasioned by the material increase in production, coupled with reduced demand of the product across major global markets owing to the disruptions that were occasioned by COVID-19 and an oversupply situation in the tea markets.

However, with increased volumes of tea sold at the auction, buttressed by a favourable currency exchange environment over the period under review, it is expected that total revenues will marginally increase this year compared to last year.