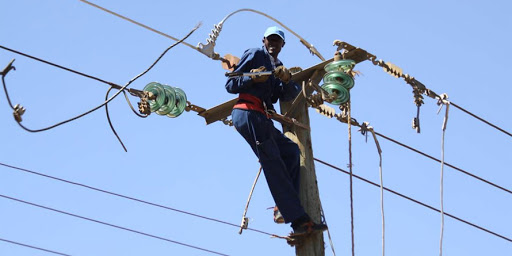 Kenya Power has announced plans to increase electricity prices by up to 20% and is already in talks with the Energy and Petroleum Regulatory Authority (EPRA) regarding the decision that is likely to attract the wrath of Kenyans.

If EPRA approves Kenya Power’s adjustment, Kenya Power will increase charges for consumers using less than 100kWh per month to Ksh12.5 per unit up from Ksh10.

The company will also increase costs for customers who use more than 100 units per month to Ksh19.53 per unit up from the current Ksh15.80

The justification given by the Ministry of Energy is that Kenya Power needs more money to foot the cost of buying electricity in wholesale from power generators such as KenGen and for maintenance of the national grid.

The cost of buying electricity from power generators such as KenGen jumped by Ksh18 billion last year, leaving Kenya Power with gaps to fill.

The company has lost approximately Ksh5.6 billion in revenues between March and June this year, citing low power consumption due to the global COVID-19 pandemic.

Recently, Energy Cabinet Secretary Charles Keter was widely criticized for calling on Kenyans to cook using electricity. The CS was concerned that Kenya Power was struggling to raise revenue and needed alternative revenue sources to stop a looming slide into the red.

Kenya Power has already issued a profit warning informing investors that its revenues are set to reduce by 25% compared to the previous year.

In a statement, the Kenya Power board noted that the COVID-19 Pandemic has adversely affected the company leading to slow growth in electricity sales and an increase in financing costs resulting in reduced earnings.

Last week, the company sacked five board directors and replaced them with fresh faces, a move attributable to the company’s precarious financial position.