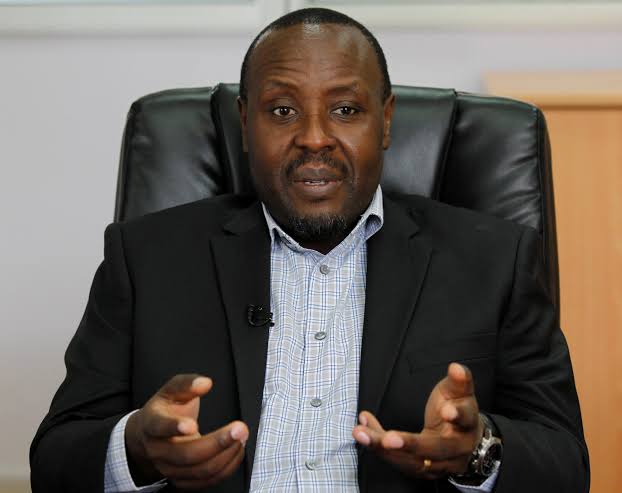 By Stella Mutuku and Simeon Tunje

KQ is seeking a Ksh7 billion State bailout on top of another Ksh4 billion acquired from Treasury earlier this year as the company’s fortunes continue to tumble.

Chief Executive Allan Kilavuka has admitted that lack of state intervention might be the undoing of the national carrier. Wide-ranging human resource adjustments have been made after the outbreak of the Novel Coronavirus leaving little wiggle room for more changes.

“We can survive if we get some revenue from cargo, but only just survive. For us to meet our full obligations, we need government support urgently,” said Mr Kilavuka in an interview last week.

KQ like all other airlines across the world has taken a serious beating from the outbreak of COVID-19 but the airline is not a sustainable business and has been badly exposed by the pandemic.

KQ financial performance continues to be volatile, with the impact of increasing competition from regional carriers such as Ethiopian and Rwandan airlines, and Middle East carriers such as Emirates, Etihad and Qatar airlines compounding its financial woes.

KQ is operating in a highly competitive environment and has reported a declining dominance in the African skies while the competitors in the region, particularly Ethiopian Airlines and Gulf Airlines are realizing increasing footprint.

Given the significance of KQ to the Kenyan economy, it requires restructuring towards a growth trajectory, and thus the proposed integrated model that entails delisting, nationalization of KQ and formation of a national aviation holding company is urgent.

Air transport is indispensable for African economies, including Kenya. The International Air Travel Association (IATA) forecasts a 5.9% year-on-year growth in African aviation over the next 20 years, with passenger numbers expected to increase from 100 million to more than 300 million by 2026.

The 2017 Air Benefits Report by Convention on International Civil Aviation reported that air transport contributed US$ 72.5 billion to Africa’s GDP and supported 6.8 million jobs, equivalent to 2.6% of Africa’s GDP and 1.8 of all employment in Africa, respectively.

IATA projects a double growth of Kenya’s aviation market over the next two years, yielding US$ 11.3 billion boosts to GDP and supporting an estimated 859,000 jobs by 2037.

The aviation sector currently accounts for 4.6% of Kenya’s GDP and supports over 410,000 jobs, underscoring the significance of the sector. A profitably operating airline is necessary for Kenya to reap the opportunity in the estimated expansion of the aviation market in Africa.

Founded in 1977 as a government-owned entity following the collapse of the East Africa Community, KQ was the first African Airline to be privatized in 1996.

Since its founding and prior to its privatization, KQ had accumulated massive financial losses and crippling debts resulting from government-backed loans issued by financial institutions. The financial losses implied a drain to the exchequer as the government was subsidizing KQ to remain afloat. Therefore, privatization and divestiture of Kenya Airways were indispensable.

The airline recorded a 61% growth in flights in a period of six (6) years after its privatization and a doubling of cargo and passenger traffic in a decade.

The privatization had a twofold benefit to the exchequer; reduced budgetary support, and tax inflows.  Privatization implied that the management was supervised by the shareholders and resulted in management focus on enhancing KQ financial efficiency.

KQ’s journey, unfortunately, has not been all smooth flying since its privatization. Despite being a private company, the government has often shouldered the burden of keeping the airline afloat.

For instance, in 2017, the government bailed out KQ from a US$ 243 million (Ksh26 billion) debt plus accrued interest owned to the National Treasury, resulting in an increase in government shareholding to 48.9% up from 29.8%.

The restructuring resulted in dilution of shareholding by KLM to 7.8%, 38.1% by a consortium of local lenders, 2.4% by employee share ownership plan, and 2.8% by individual shareholders.

KQ has over the years pursued expansionary measures focusing on operational efficiency, cost management, and productivity of human resources.

That said, the 10-year strategy “Project Mawingu” has been one of the sources of KQ’s profitability turbulence.

The project sought to grow sizeable freighter aircraft fleet expansion from 31 aircraft in 2010 to 120 aircraft by 2020 and destinations from 58 to 115 routes in 77 countries in six continents by 2021 and expand its routes to Asia. The profitability turbulence in 2015, recording a Ksh 26.2 billion loss, resulted in a halt of “Project Mawingu”, including a retiring of two Boeing B737-300 aircraft.

In addition, KQ’s severe losses were mainly driven by fuel hedging, since the airline’s hedging window 2014–2016 coincided with a drastic dip in global oil prices.

The fuel hedging strategy yielded up to Ksh11 billion (US$ 100 million) loss contributing to Kenya’s corporate historical loss of Ksh 26.2 billion in 2015.

KQ pays US$ 430 Airport Pax Service Charge annually to Kenya Airports Authority, which is approximately 50 per cent of KQ revenue.

Further, the airline pays US$ 2 million concessional fee, US$ 160 million annual landing fees and US$4 million in building and utility rents to Kenya Airports Authority.

An equivalent of 11 percent of KQ revenue is spent in servicing leases that are double the worldwide average of 5 percent. While debt restructuring has narrowed losses, the airline remains in a financial ditch, necessitating a sustainable turn-around strategy.

Subsequently, a restructuring has been proposed, entailing the re-nationalization of KQ and formation of “Kenya Aviation Holding Company Limited” with four subsidiaries:  JKIA Company, KQ, Kenya Airports Authority and Kenya Aviation Academy Limited, a benchmark with UAE, Ethiopia, and Qatar.

The restructuring would result in delisting of KQ, overhaul of KQ airline’s balance sheet and its financial liabilities. The restructuring could reduce the risk profile of KQ, which would aid in renegotiating KQ’s aircraft leases, ultimately reducing the operating cost.

Operating under holding company, KQ would enjoy concessional rates of taxation, which would facilitate cost-competitive tickets.

The high operating cost is charged to KQ passengers through expensive ticket prices relative to prices by competitors, resulting in empty seats and cancellation of flights, which ultimately affects the airline’s competitiveness. Therefore, adopting strategies to ensure cost efficiencies would enable the reduction of ticket prices.

The pro-nationalization arguments are premised on the need to promote social objectives and reduction of inequalities.

Notable examples of re-nationalization of private enterprises include the Prestwick Airport in Scotland, Railtrack in the United Kingdom, electricity in California, Steel Industry in France, airport security in the United States, Australia’s telecommunication network, South African mining industry and banking sector in Sweden.

The nationalization of the UK railway line (East Coast Mainline and the Heathrow Express) demonstrates that improvement in the quality of service upon nationalization is not immediate.

60 per cent of passenger train delays reported in the UK in 2018 were attributable to publicly owned railway. The Scottish Prestwick Airport which was nationalized in 2013 to save the airport from liquidation is up on sale after running up in debt following six years of operation as a state-owned enterprise.

To mitigate such risks, it is important that government aviation investment priorities seek to realize allocative efficiency and innovativeness of the airline. The airline would need to incorporate new technologies into its operations that would, in turn, boost productivity and competitiveness.

Moreover, unlike private sector ownership which is open to democratic scrutiny, nationalization of KQ risks implementation of politically expedient solutions. Good governance and effective regulators are inevitable for success irrespective of the ownership. The government would need to institute checks and balances to defend the neutrality in management and ensure minimal political interference.

Moving forward, Kenya should embrace aviation treaties to strengthen nationalization strategies. The Yamoussoukro Declaration to which Kenya is a signatory, advocates for open skies among African countries.

In addition, implementation of the Yamoussoukro Declaration in Kenya was estimated to yield 15,900 additional jobs

The key challenges for KQ include but not limited to high operating costs, inefficient fuel hedging strategies, inadequate corporate leadership and governance.

It is therefore evident that beyond the nationalization strategy, corporate leadership, robust network, and infrastructure, price leadership are the fundamental strategies that would expand KQ footprint, establish Nairobi as the aviation hub of Africa, and yield the bigger economic gains of air transport.

Reinforcing the leadership and governance structures of the national carrier will greatly improve the bottom line, hence mitigate losses. In addition, it is expected that the reviewed booking policy and guidelines will address the challenges facing KQs expensive ticket prices and enhance firm competitiveness.