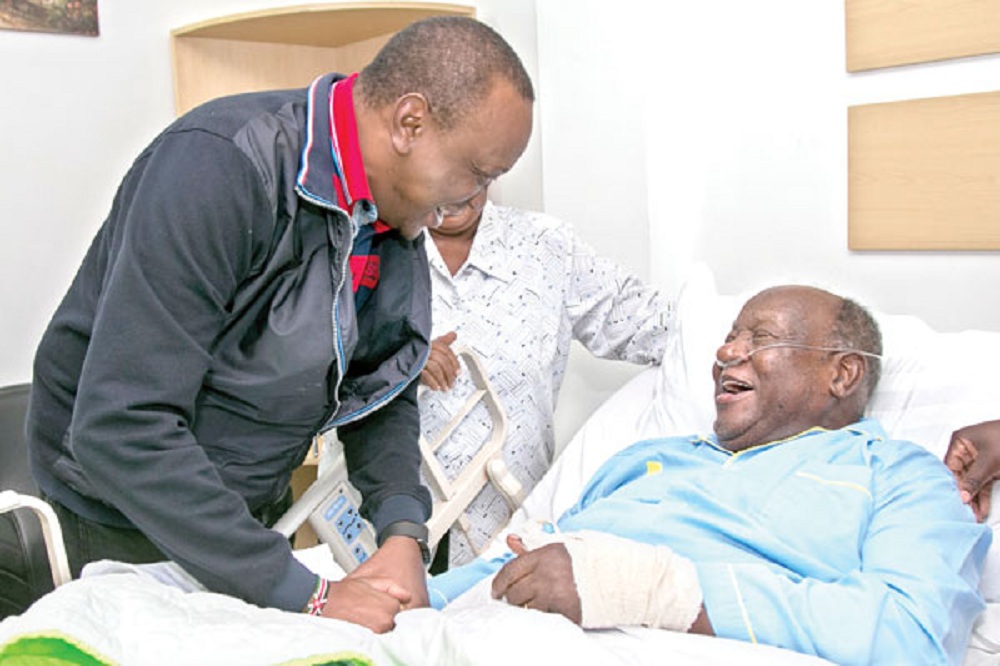 But for doing the “diabolical” thing to call for multipartyism at the height of the Kanu dictatorship, Matiba and Charles Wanyoike Rubia are among a politicians who paid the heaviest price in Kenya’s political history.

Matiba held many firsts. He became one of three permanent secretaries before independence at only 28; was first black chief executive officer of East African Breweries Ltd; was first African to head Kenya Football Federation; and was the first minister to break taboo and resign on principle during the Moi regime.

Still, he took on gigantic tasks in the most difficult political circumstances, baffling friend and foe.

In the 1979 elections, shortly after Jomo Kenyatta’s d***h, Matiba took on and fell a giant in then-Mbiri Constituency in Murang’a — Gikonyo Kiano, a cabinet minister who was one of the blue-eyed boys in Jomo’s regime.

The second herculean task is what Kenyans owe it to him for having risked his life to speak out against Kanu tyranny when no one would dare.

For taking on the regime, Matiba paid a heavy price of detention without trial where a stroke struck, disabling a once vibrant energetic mountain climber.

But he had lit the logs which fired what has become to be famously known as Second Liberation.

Matiba leaves behind a rich history. He was a man with conviction, a conscience, bold and ready to d*e for it.

Matiba lived and fulfilled them one after the other, culminating in formation that became known as the nine heroes of the Second Liberation.

In 1990, he fired the b****t that flowered the Second Liberation, sparking ugly f****s for re-introduction of multipartyism.

Riots broke out in towns all over the country.

The high moment came on Thursday May 3, 1990 when he and Charles Rubia called a press conference at Hilton Hotel.

When word filtered about what they were going to say, government-compliant news organisations skipped it for fear of being associated with “trouble-makers”.

They were bold in their edict, passing a vote no-confidence in the single party rule, and demanding the repeal of section 2(a) of the Constitution to allow formation of other political parties.

They called for the dissolution of Parliament, scrapping of the infamous 1988 mlolongo (queue-voting) system, and elections devoid of rigging.

US ambassador Smith Hempstone was addressing a parallel gathering of Rotarians in Nairobi where he said there was a tide in Congress to direct aid to countries which “nourish democratic institutions, defend human rights and practice pluralism.

They accused Kanu of intolerance and leading the country to a political eclipse akin to Romania’s dictator Nicolae Causescu.