The government’s controversial housing programme is meant to provide quality housing for the poor. Kenya is set to place a multibillion procurement order with the Jua Kali sector for doors and windows. [Photo/Courtesy]

The government is set to place a Ksh3 billion (US$300 million) procurement order with the Jua Kali sector to produce 100,000 doors and 120,000 windows for the affordable housing programme.

In a statement, the government says that this is in its plan to create economic opportunities in the country.

The Ministry of Transport, Infrastructure, Housing, Urban Development, and Public Works has urged the informal sector players to work within their associations and corporatize to access opportunities as project suppliers for doors and windows worth for the controversial housing programme projects in Nairobi’s Starehe and Shauri Moyo estates.

State Department of Housing Principal Secretary Charles Hinga says that the Ministry has ring-fenced some components used in the construction of homes to ensure that the Jua Kali sector can supply inputs to the programme.

Hinga said, “The Jua Kali Sector is a big contributor to employment in the country and a key enabler of the manufacturing sector. We are keen to upskill them to enable them to contribute to this national development project while supporting their growth.”

The Ministry is now encouraging players in the informal sector to form associations and register to provide construction components and materials for the programme.

“We have ring-fenced 69 items which must be supplied by our Jua Kali sector. To enable funding, a multi-agency committee led by National Construction Authority (NCA) will provide the players with 30% advance payment upon the successful bidding process,” Hinga said.

The Ministry is partnering with the Departments for Industrialization, Vocational and Technical Training (TVET) and Cooperatives, NCA, Kenya Bureau of Standards (KEBS), The National Industrial Training Authority (NITA), Kenya National Trading Corporation (KNTC), Kenya Industrial Estates (KIE) and other agencies to form a network that will facilitate the Jua Kali to manufacture and supply these ring-fenced items.

The Principal Secretary, State Department for Industrialization, Dr. Francis Owino, said, “The informal sector are (is) critical in the production of construction sector materials and components, and are a key contributor in employment creation.”

Hinga and Owino spoke during the opening of the Micro, Small and Medium Enterprises Jua Kali Sensitization Programme and launch of the Jua Kali Production Manual.

The purpose of the MSME Jua Kali Production Manual is to provide stakeholders with knowledge on the standards required to design and manufacture components for affordable housing projects.

By standardizing the design and production of these items it will be possible to utilize Jua Kali manufacturers across the country and in this way provide them with new income generation opportunities.

“The Jua Kali Production Manual provides guidance on the quality of the components to be produced by the Jua Kali sector. It is part of our joint efforts to upskill the players and improve the quality of their products through recognized quality assurance methods,” NCA Executive Director Eng. Maurice Akech said.

Earlier in the year, the Department for Housing contracted three Nairobi based Jua Kali associations (Ngokamka Juakali Group) in the pilot phase of developing an integration model for MSMEs.

The group was contracted to supply 8,400 windows and 7,000 doors for the first flagship project along Park Road.

228 units were recently completed in the first phase of the Park Road project and the units have utilized doors from the Ngokamka Group.

Interestingly, the government is struggling to pay many of its contractors and suppliers on time due to theft of public money.

On June 1 this year, President Uhuru Kenyatta ordered that all accounting officers pay and settle all pending payments that do not have audit queries by the end of the financial year on June 30, 2019.

Pending bills accumulated by the county and the central governments at that time were estimated at a whopping Sh400 billion.

To show how badly off the government is financially, it has turned to parastatals to try and ease the burden by releasing their reserves.

Many suppliers have been complaining of delayed payments some going even for years.

Could this initiative be one way of getting materials that the government could pay for at its convenience while disadvantaging those who supply it with the materials? 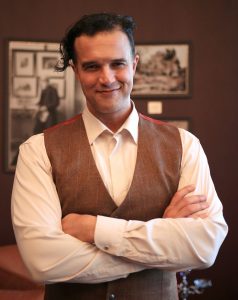