As we edge closer to the second leg of the Mashemeji derby, Ingwe might just win their first of many matches against Gor Mahia.

12-time Kenyan Premier League champions AFC Leopards is finally playing like the big club they are. In the past decade, Ingwe has struggled through their fixtures in the Kenya Premier League as well as other competitions.

Leopards’ form has not been consistent ever since the club earned promotion back to the KPL in 2009. After changing coaches for 27 times, Ingwe might have just found the right person to be at the wheel.

Rwandan tactician Andre Casa Mbung’o might just be the person Ingwe were looking for. Four months after signing a contract at the den, Mbung’o has helped the club win seven matches out of the 15 played matches. However, ever since the club won first under him, Leopards have only lost once.

A team that had won only twice since the season began when Casa Mbungo joined them. They had played 10 matches and were relegation-threatened after recording a poor performance in the league. Less than three months later, Mbungo has turned the team around with the help of a few new signings and part of the old squad.

There is, however, one person whose name comes up the most whenever talking about AFC’s resurgence, Whyvonne Isuzza. The midfielder is Ingwe’s current top scorer having scored in almost every match since the team got back to winning ways. The fans love him. Ask any Ingwe fan who their current favourite player is and I can guarantee you 80% will say Whyvonne Isuzza.

Apart from Isuzza, other players that have been key in AFC’s resurgence are the likes of Paul Were, new signing David ‘Cheche’ Ochieng’ and Captain Robinson Kamura. Kamura has been key in organising the defence while Cheche helps defend from the midfield, playing as a defensive midfielder. Paul Were has just been doing what he does best, assisting goals. He has a fair share of assists which were finished off by the magnificent Whyvonne Isuzza.

Ingwe is among the top clubs in the country. What has helped Ingwe maintain its recent form is the support from fans. With one of the biggest fanbases in the country, Ingwe just needed to bag a few consecutive wins before its fan base grew back to how it was during its glory years.

As we edge closer to the second leg of the Mashemeji derby, Ingwe might just win their first of many matches against Gor Mahia. All Casa Mbungo needs to do is to maintain the form of the team and ensure they have numbers in the terraces in support of Ingwe.

We should brace ourselves for an entertaining Mashemeji Derby. It has been a while since we witnessed a competitive Mashemeji derby. Gor has had an advantage in previous editions of the derby. 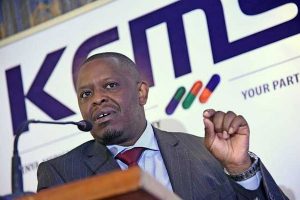