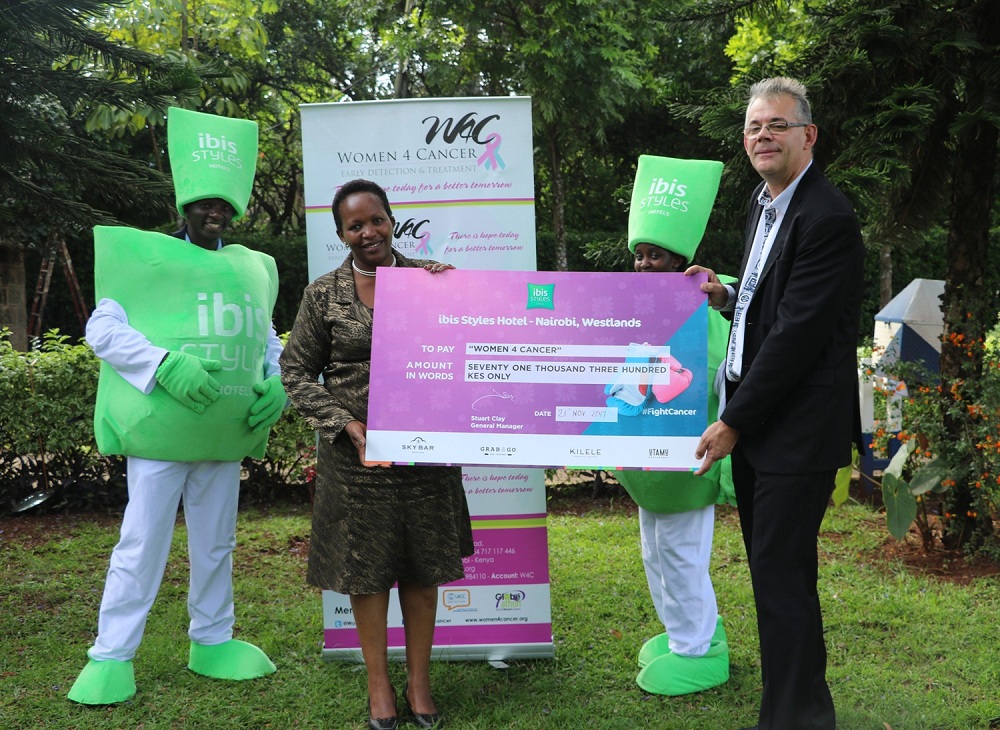 During the initiative, which saw every guest spend Ksh 1,000, 10% of the amount was donated towards the fundraiser. Women 4 cancer, a non-profit organisation based in Nairobi that works on raising public awareness on the benefits associated with early testing and treatment to reduce cancer prevalence among women, was nominated for the prize money that was raised.

“Cancer is a disease that affects everyone and we wanted to support this cause through a fundraising event involving our clients and members of staff creating awareness amongst them as well. We look forward to a continuous partnership with Women 4 Cancer and in helping fight the illness,” Stuart Clay, General Manager at ibis Styles-Nairobi, Westlands.

READ: KRA to leverage on ICT to enhance tax administration

“With partners such as ibis Styles-Nairobi, Westlands, we were able to screen and educate 119 women on breast and cervical cancer in Yathui- Mwala, Machakos County during the Lions Medical Camp. The funds go a long way in enabling us reach more women across the country,” Benda Kithaka, Co-Founder & Board Chair at Women 4 Cancer, said.

The organisation has programmes across the country that deal with awareness, advocacy of screening for early detection of breast and cervical cancer. They also help patients get easy access to treatment upon detection.