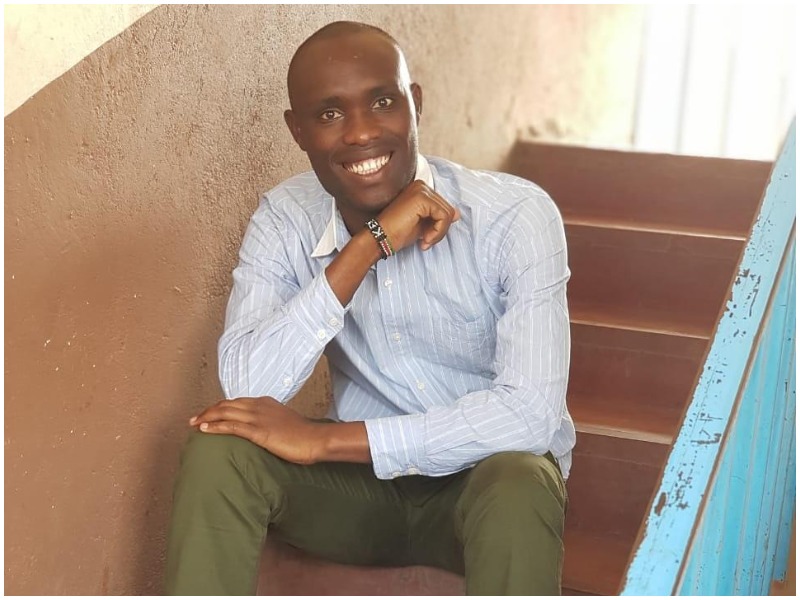 Many Kenyans fight to cope with the economy’s harshness in order to survive it. With increased corruption cases and a lack of job opportunities, it is seemingly becoming clear that little is being done to create opportunities for the country’s citizens.

Joseph Otiende is a Kenyan who refused to wait for an opportunity to open up. Instead, he decided to create one for himself.

The Kisumu resident decided to venture into small scale business in order to provide income for his family. He is a poultry farmer based in Kisumu but with customers also in Nairobi.

Otiende takes pride in his business and began it in 2016.

When starting his business three years ago, Joseph at the time was living in Kisumu Town.

Owning a small farm, he had enough space to keep his poultry. Within six months, the 50 chicken he had started with had multiplied to about 120.

When the business begun making profit after the chicken were old enough to produce eggs ,he sold off some of them and added another 100 chicken to his brood.

It was then that he decided that his business needed to expand its wings.

“I saw business was doing well and I decided to expand it. A friend of mine introduced me to a client in Nairobi, who was an egg wholesale seller. We agreed a deal to provide him the eggs. Since it was a good poultry season, the chicken produced a lot of eggs,”

With the increasing produce he decided to increase his agricultural activities. He added an additional acre of land that cost his around Ksh500,000 in order to also venture into crop growing.

He grew crops such as sukuma wiki, maize, beans, potatoes and some fruits. “As a farmer I saw very many opportunities to grow my farm not only in poultry but also in agriculture,” he said.

Otiende added, that farming was familiar to him as he came from Ahero, an area where agriculture is practiced. “I have also grown up doing farm activities as my parents were agricultural farmers who grew rice in Ahero.”

Joseph’s poultry produce and agricultural farm have enabled him pay his house rent, provide for his family and pay for his children’s school fees.

Otiende says he began as an entrepreneur because he had no job. “There is no employment in Kenya due to increasing rates of corruption. The government always promises to create job opportunities for everyone in order to empower us ,especially the youth. But most are jobless,” he laments.

The small-scale farmer adds that youth need to take up entrepreneurship as there are a lot of small scale businesses anyone can do.

Having begun with very low funding, he rose up through hard work and consistency. He also admits to working with people who had done the business before who advised him on what paths to take. This helped him manoeuvre and boost his business.

Profits from his business have allowed him to buy a pick-up truck and a lorry which he uses to transport his produce to his market around Kisumu and all the way to Nairobi.

The figure represents a 15 per cent increase from the Ksh683 million declared dividend of the previous year.

The reward scheme pays bonuses to farmers based on milk quality and for surpassing supply targets.

1,030 graduates are set to receive greenhouses which they will co-own as two individuals, to kick off their entrepreneurial journey under the program

We are told that Europe banned a mass of pesticides because they are giving humans cancer and reproductive problems.