Betting Control Licensing Board (BCLB) and the Kenya Revenue Authority (KRA) moved to restrict the levels of betting in the country by imposing a tax on every punter.

However, a few punters had discovered a way to get around these regulations and place bets without having to pay the withholding tax. These punters were using International betting sites to bypass paying taxes.

IXBET is an example of the betting sites the punters were using. The betting site had no withholding tax but the government had closed down the company’s pay bill number so punters could not deposit via either M-Pesa or Airtel Money.

However, the brilliant punters had devised a way to get money to their betting wallet without using mobile money transfer platforms. Getting money into the International websites was similar to buying anything on amazon or any other international online vendor.

The punters were using their debit cards to deposit stakes into the betting sites before placing bets. In the event that the punter wins the bet, the winnings were channeled back to their bank accounts.

Despite having made an amazing discovery, it did not take the government long to realize this loophole as the betting sites are now inaccessible in Kenya. It was bad news to the punters who had money in their betting wallets as the money is no longer accessible.

Punters did not welcome well the idea of having to pay tax in all the winnings they get. The first betting site to introduce withholding tax and punters were angered by the betting site but later came to learn it was a move by the government.

This action by Betika attracted negative comments from gamblers who expressed their frustrations on social media. The gamblers complained that staking too high on little odds could not bring a profit as most of it pays off the withholding tax.

Betting companies filed a case at the TAT challenging KRA’s interpretation of the term ‘winnings’ as was amended by the Finance Act 2018. The betting firms insisted that KRA had gotten wrong the definition of the term winnings in its implementation of the 20% withholding tax on winnings.

KRA’s definition of winnings meant that punters would either make a profit or a loss based on the amount they win from a bet. For instance, is a punter places a bet with a stake of Sh 100 and wins Sh 20, the withholding tax would be 20% of Sh 120 (Sh 24) which would be a loss to the punter despite winning the bet.

The betting firms were proposing that the 20% withholding tax be deducted to the profit earned excluding the stake. In the same case example, the punter will be deducted 20% of Sh 20 which would see him make a profit. 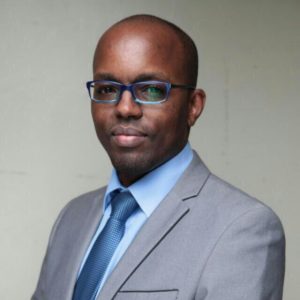