On Sunday, Gor Mahia lost their first home match in this season’s CAF Confederation and signs had already shown for the Kenyan giants’ downfall. Going into the second leg, Gor was already on the downfall and RS Berkane were just required to put the final nail on the coffin but they went ahead and put several nails to seal Gor’s exit from the tournament.

Gor’s problem is not with the players or the coach or even preparations prior to the match. K’Ogalo’s exit is solely the management’s fault. A day before the match day, photos of Gor Mahia players sleeping on the floor of an airport in Qatar were doing rounds on social media something that really annoyed the fans. Fans who have been loyal to the club for years whether the team was winning or not.

Gor has been on great form in the competition and has seen its players make sacrifices that have helped the team get to the knockout stages. Getting to the group stage was already going down to history books as no club in the country had made it that far in the history of the tournament.

In the first leg match at Kasarani, players were rumored to boycott the match as they had boycotted two training sessions ahead of the fixture. K’Ogalo had lost the match before they even graced the pitch. Players had to use motorbikes to get to the stadium as they were literally begged to come to the match at the last minute. The coach had feared they would not show up for the match.

“On the day of the game, I was relieved to see them. But the moment we started warming up, I knew we were in trouble. The players were just not in the game. Mentally, they were unprepared. For some reason, you could see that they had just come to get the game out of the way. We lost that match on Saturday in Toyoyo,” Oktay was quoted by Nation Sport.

Before you start lashing out on the players for giving away an international match, you might have to put yourself in their shoes for a second. K’Ogalo players had played in the competition through the group stages without receiving a single cent for any match.

It is not the first time that these players spent a night sleeping in an airport. Players spoke of a time in the group stages where they slept on the floor. They even met players from Tanzania’s Simba FC who immediately left for a hotel they had been booked for by the club. It was a moment of sheer embarrassment for K’Ogalo players who even saw one of their former player, Meddie Kagere who left Gor for Simba last year.

Gor’s management, however, claims that the reason the players are boycotting team activities is not unpaid wages. According to the club chair, an official was inciting players to boycott training and matches. Rachier said that shackles in the club have been going on for a while and it is not about unpaid wages.

After fans saw their players sleeping on the floor, it is evident that they have not been treated well and whether they are being incited or not there laments are valid.

However, Rachier blasted players who shared the photos, saying it was normal to experience layovers.

“Everyone who has travelled here has endured layovers ranging from six to 10 hours. There is nothing we could do. I was caught up at the airport in Casablanca for eight hours. There are a few players posting stupid photos on WhatsApp, probably to destabilise the team. We will handle the situation after the match,” he said.

While players are still complaining about how they are mistreated by Gor, some first team players’ contracts are expiring this year. Despite facing a risk of losing these high caliber players, the club has not approached any of them to discuss on possibilities of contract extensions.

Players Jacques Tuyisenge, Joash Onyango, Philemon Otieno, Francis Kahata and Shabaan Odhoji all have this season alone to play at Gor as per their current contracts. It is evident that they have exposed themselves well in the continent and should news get to top African clubs that they are not treated well, they are bound to leave the Kenyan club. With the conditions they are playing under at K’Ogalo, should they be given lucrative offers from other clubs, these players will definitely leave Gor.

The issue with most Kenyan clubs is management and Gor’s perennial rivals Ingwe are also suffering because of the same. Gor had planned to address these problems by changing from being a community club to be a limited company. The officials who are supposed to make this change happen are the ones who are benefitting the most from the current setup.

In the photos that were spreading on social media, no official was spending the night at the airport with the players to show solidarity. Probably they were at hotels.

If players will be working hard to qualify for continental tournaments and have troubles honouring away matches, is there need to even qualify for the tourneys in the first place? Greedy officials in management will drag Kenyan football to the ground while we watch. 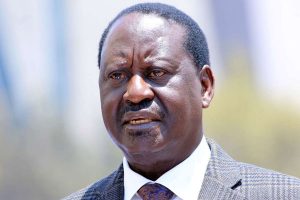