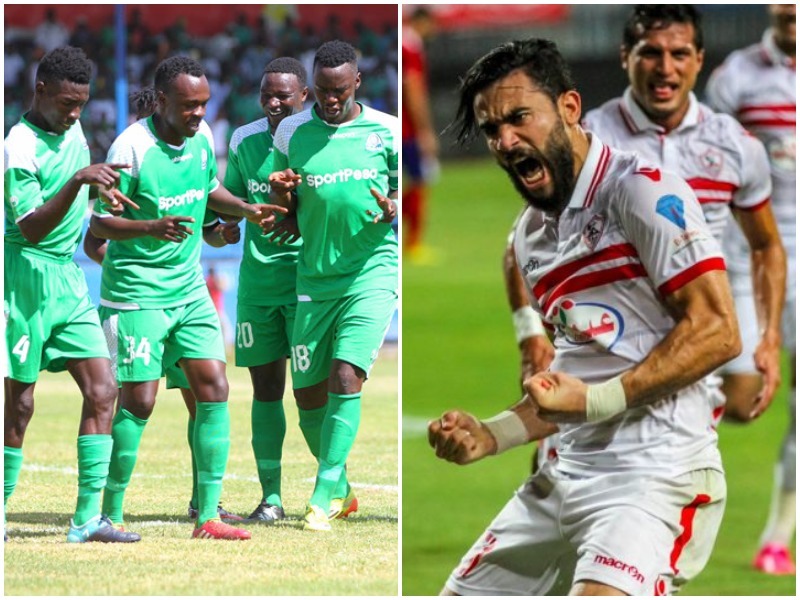 Egyptian giants Zamalek arrived in Kenya on Friday ahead of their clash against Kenya Premier League(KPL) defending champions Gor Mahia.

The White Knights are poised to take on K’Ogalo in the Confederation of African Football (CAF) Confederation Cup at the Moi International Sports Stadium, Kasarani on Sunday February 3.

The fixtures against Zamalek seem the most difficult for K’Ogalo, as the 17 times Kenyan champions are yet to win against an Egyptian side in CAF competitions.

Zamalek coach Christian Gross warned Gor Mahia ahead of the fixture, promising that the White Knights will give their best.

“It’s always good to start the group stage with a victory. Gor Mahia game is going to be difficult but we have to give our all, whether the game is at home or away”, Gross was quoted on the CAF website.

In the run up to the game, both teams won their immediate domestic fixture, with Gor beating Sony Sugar 2-0 on Wednesday while Zamalek thrashed Misr Makassa 4-1 on Tuesday to cement their top spot in the Egyptian Premier League. Gor are currently fourth in the KPL.

On the continental stage, Gor Mahia have played against Egyptian clubs five times and are yet to register a victory.

In 1984, K’Ogalo were suspended from continental football for two years because of allegedly accosting the referee in the pitch after the official issued a penalty to Zamalek but their player was fouled from ouside the box.

The last time Gor faced an Egyptian side was in 2013 under coach  Zdravko Logarusic, they lost with an aggregate of 3-0.

The White Knights have a total of 9 CAF club titles to their names (5 Champions League, 3 Super Cup and one Cup Winners’ Cup) while Gor only has the 1987 CAF Mandela champions cup to their name.

Algerian side Nasr Hussein Day hosts Petro Atletico in Algiers in the other Group “D” game also on Sunday.