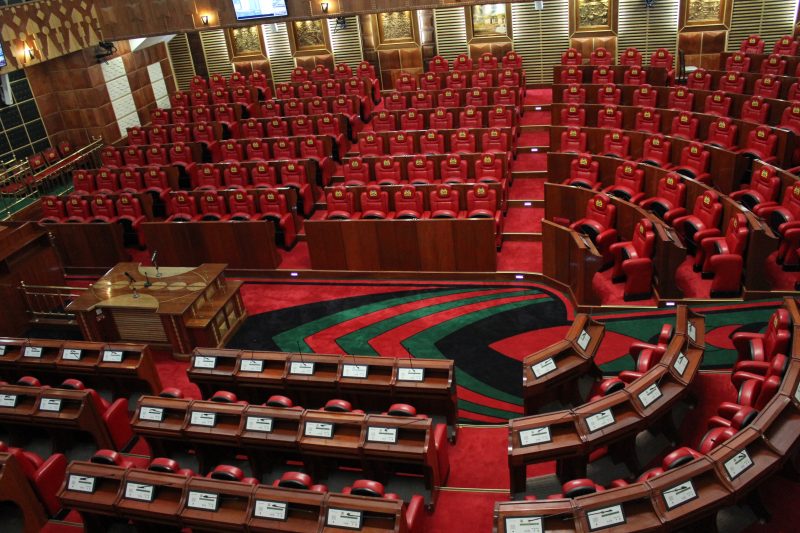 Kenyans will have to wait until 2019 for legislators to vote on the Gender Bill after a scheduled poll on November 28 was shelved due to the threat of lack of quorum.

During debate at the House on Wednesday, Majority Party Leader Aden Duale said Parliament did not have the 233 members required to support the “important constitutional bill” and asked Speaker Justin Muturi to defer voting on the legislation to next year.

“Mr. Speaker, it does not require rocket science that we are not more than 233,” Duale said in Parliament.

Mr. Duale also said that he did not want to be judged harshly by history for failing to pass the bill for which Parliament has until December 2019 to approve into law.

The Majority Party Leader argued that deferring voting on the bill would give the political parties more time to lobby and come up with responses to the Gender Bill.

Speaker Muturi agreed to set aside voting on the bill to the next session of Parliament and ordered the House Business Committee to meet on December 4 so as to deliberate and determine when next the Gender Bill will appear on the order paper.

The move by Mr. Duale was hailed by among others Nairobi Woman Representative Esther Passaris who said that the group in support of the piece of legislation had to lobby the men and women parliamentarians on the importance of the bill.

“This is a very important bill. This is about our constitution and to have it go to the floor today and fail, it will not only be a failure to respect our constitution but also a failure for us as a country to show that we respect women and the place of women in society.”

Passaris also called on Mr. Duale to “engage the President and the Executive” so as to ensure that some budget is set aside for the sensitising of the public on the Gender Bill.

Murang’a Woman Representative Sabina Chege also praised Mr. Duale for his “wisdom”, while her Samburu counterpart Maison Leshomo was happy with the “direction” that the Majority Party Leader had decided to charter.

The Gender Bill — otherwise known as the Constitution of Kenya (Amendment) Bill, 2018, on gender representation — seeks to amend Kenya’s constitution so as to provide for the special nomination seats for women in an attempt to bridge the gender gap in Parliament.

Apart from lack of quorum which also made it fail to be passed in the previous Parliament, the bill has also s******d from lack of serious lobbying; echoed in part by sentiments from Duale and Passaris.

Prior to the consideration of the bill on Wednesday, Speaker Muturi had met with Raila Odinga although it is not yet clear whether this courtesy call was a lobbying attempt from the former Prime Minister.

Delighted to host the Rt. Hon. @RailaOdinga who called on me this afternoon ahead of the consideration of the Constitution of Kenya (Amendment) Bill, 2018, on gender representation in Parliament as envisaged by the constitution. pic.twitter.com/u38X3F2wnC

The deferment came on the same day when a Trends and Insights for Africa (TIFA) report said that males slightly outnumber females in awareness of the two-thirds gender rule.

In numbers from 2072 respondents from the counties of Nairobi, Kisumu, Mombasa and Kiambu, 53% of the test subjects said they were aware of the gender rule. Of those aware, 59% were male with 48% being female.

The survey also concluded that 82% of the respondents from the four counties support the provisions of the gender bill.