In a notice, the board announced that Mr Shakaba’s election is effective August 1. He replaces outgoing Chairperson David Kibet Kemei who has served in that capacity since June 2014.

“The Board of Directors of Kenya Re would like to announce the election of Chiboli Induli Shakaba as the chairman of the board of directors in accordance with its Memorandum and Articles of Association,” reads the notice also served to the Capital Markets Authority (CMA) and The Nairobi Securities Exchange (NSE).

Mr Shakaba also joined Kenya Re as a director in June 2014 and is a seasoned public officer and has held a flurry of positions in the civil service.

He has served in the Ministries of Finance, Health, Cabinet Office, Home Affairs, Lands and Housing.
Shakaba has also served as an alternate director in the boards of various state corporations including the National Housing Corporation (NHC), Kenya Post Office Savings Bank and Development Bank of Kenya.

He has also served in the boards of Nzoia Sugar Company,Kenya National Examinations Council (KNEC) and the Communications Authority of Kenya (CA).

Shakaba’s appointment comes at a time when Kenya Re’s profits continue to dwindle.

The re insurer blames high claims for the dip. 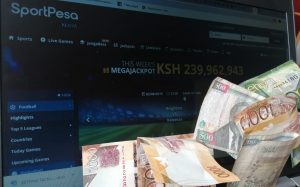