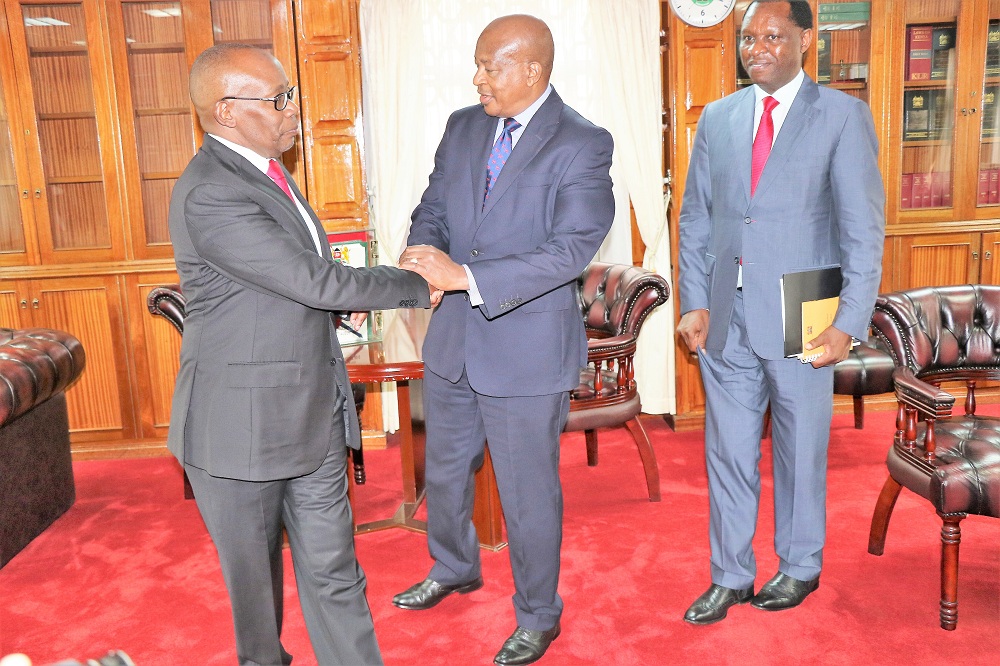 Speaking during a brief ceremony at the Attorney General’s Chambers witnessed by Heads of Department and Chief Executive Officers of Semi-Autonomous Government Agencies affiliated to the Office of the Attorney General and Department of Justice, Judge Kariuki urged all staff to adhere to the Constitution in their daily e*******n of services to the public.

“There will be no room for any officer who falls short of this,” he warned, noting that he expected their full individual and collective cooperation as together they render timely and professional services to the Government and Kenyans.

He urged the officers to continue with the high standards and traditions set by Professor Githu Muigai during his seven-year tenure in office, saying he was delighted to be joining a highly professional and dedicated team of officers.

Assuring the Attorney General of committed personnel, most of whom he personally trained at the University of Nairobi, Prof Muigai said he was leaving office with great pride in a job well done. He thanked all the staff for their exemplary work that had helped him achieve on his mandate.

Prof Muigai noted that he joined the Government during the transition to the Constitution 2010 and had since, together with the staff, offered the Government good, competent representation.

He said he had embraced the transition and was happy to ‘hand over the weighty responsibilities of his office’ to Judge Kariuki as he ventured back to the legal profession in different capacities.

Also present during the ceremony was Solicitor General Ken Ogeto who assumed office on March 21.