Reports that Eldas Constituency MP Adan Keynan Wehliye has resigned from his position are false.

The reports were circulated online through Facebook user Abukar Noor, who claimed that the resignation was due to “pressure from elders’.

“This is a pre-leaked resignation letter drafted by Adan Keynan. A source within his camp intimates that the old man prepared his resignation incase the elders refuse to drop their pressure,” the user captioned the letter.

An investigation by Business Today has however found the letter to be false.

Through his verified Facebook page, the MP has refuted claims that he has resigned, flagging the letter as Fake.

“My attention has been drawn to a widespread FAKE letter with unfounded and patchy information circulating on social media by purveyors of deceit and misleaders.

I wish to notify members of the public to consider the letter FAKE and disregard the baseless details as I seek to bring the matter to the attention of relevant investigative agencies to swiftly act and pursue the matter to its ultimate end,” he wrote. 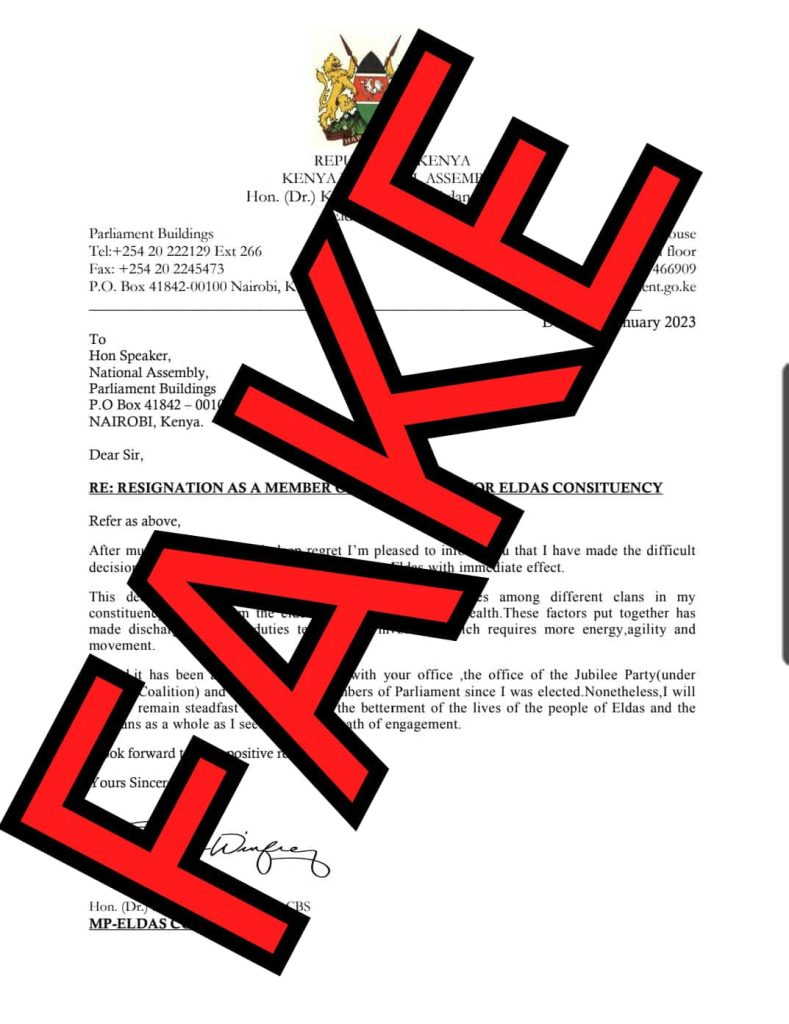 Keynan’s post was also shared by the National Assembly through their verified Facebook page “Parliament of Kenya”, affirming that it was fake.

Keynan was first elected into parliament in 1997, as an MP for the then Wajir West parliamentary seat. He has won subsequent elections to serve as an MP to date.