Even as Kenyans throng Huduma Namba centres ahead of Saturday’s mass registration deadline, the fate of the process is still subject to determination by the High Court, which put conditionalities on how it was to be handled pending determination of the main suit filed by human rights group.

Many Kenyans have been rushing to get the ‘magical’ waiting card thanks to threats by government functionaries led by Interior Cabinet Secretary Dr Fred Matiang’i, who say getting Huduma Namba after the deadline will be a difficult process and that those who have not signed up risk being denied seamless access to certain government services.

At a press confrence on Monday, Matiang’i, who was accompanied by his ICT counterpart Joe Mucheru, declared there will be no extension of the mass registration deadline since the government is paying the staff Ksh 1,000 per day and such a move would lead to more resources being channeled into the exercise that will last 45 days.

“This phase of registration ends on May 18 and we have no plans to extend this registration exercise at all. We don’t want to force you to register, just like we cannot force you to take a KRA PIN number… We have come to a regime where we want a Huduma Namba so that when you go to the Huduma Centre, your details can be accessed very easily.”

He further said that during the final week, the operating hours will be extended to run from 6 am to 6 pm.

“But we are advising people in a very diplomatic way, get a Huduma Namba because it costs you nothing and its been done by your government using your tax resources. Why would you want to argue about a straight forward matter.”

Many have asked the government to extend the period for mass registration.

Matiang’i and Mucheru warned that even though the registration is optional in line with the High Court order, those who do not register will have problems accessing government services.

“Those who will not have registered might have issues with things such as tracing physical documents so that they are served,” they said.

Others are issuance of death certificates, claims for pensions, filing tax return, application for title deeds and applying and renewal of government documents.

The edicts are clearly in violation of the High Court orders issued by Justices Weldon Korir, Pauline Nyamweya and Mumbi Ngugi, who while allowing the exercise to proceed, ruled that the government should not make it mandatory or issue deadlines for the collection of National Integrated Identity Management System (NIIMS) aka Huduma Namba data.

Kenya Human Rights Commission (KHRC), Nubian Rights Forum, and the Kenya National Commission on Human Rights (KNHCR) had moved to court seeking to stop the registration on grounds that there was no data protection law in the country.

They were also opposed to collection of DNA data and GPS coordinates of residences of those registering for the Huduma Namba are earlier planned. The prayers were allowed.

Lawyer Martha Karua had argued that the process interferes with an individual’s right to privacy.

The government was also barred from sharing collected data with any other organisation both internationally or otherwise for any reasons.

But even more importantly, the court issued an order that those not in possession of Huduma Namba should not be denied access to any government service.

However, various government officers, including some governors provincial administrators, have been issuing contradictory statements and threats in a bid to push more Kenyans to register.

Read: How to run a blue chip company from a different continent

The government argues NIIMS’ purpose is to create and manage a central master population database which will be the ‘single source of truth’ on a person’s identity. However, there are those who have not bought into the idea. 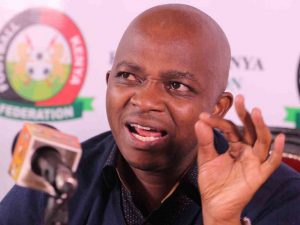