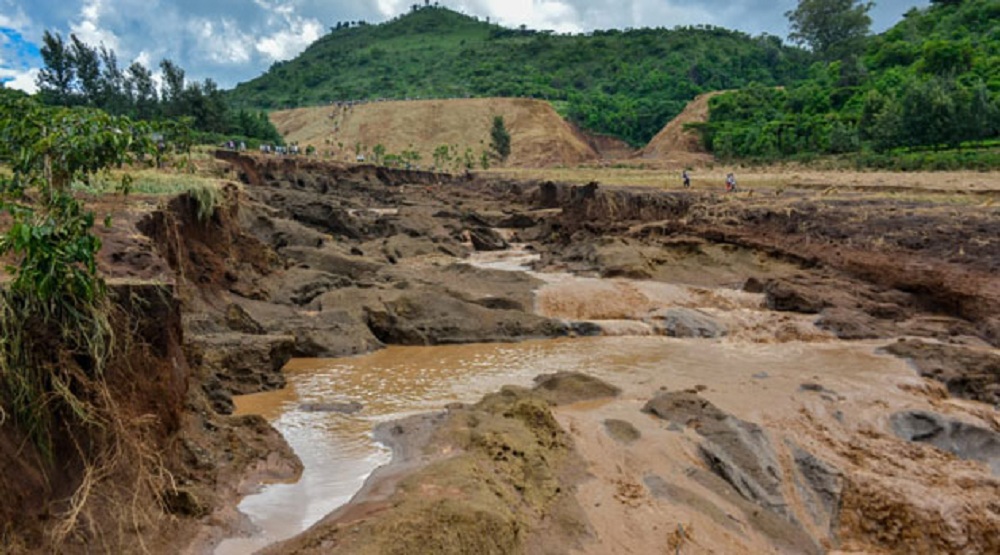 The Director of Public Prosecutions Noordin Haji has ordered the police to launch investigations into Patel dam that burst its banks on Wednesday night, killing 44 people.

Haji directed Joseph Boinnet, the Inspector General of Police, to carry out thorough probe to establish the exact cause of Patel Dam tragedy that has left 40 people still missing. One report put the dead toll at 48, adding the burst unleashed an estimated 20 million litres of water.

“DPP has directed the IG @JBoinnet to carry out thorough investigations to establish cause & culpability if any of Patel Dam disaster & forward resultant investigation file to him in 14 days #SolaiDamTragedy,” Haji said in a tweet posted on the ODPP’s handle.

The Patel Dam, located on private farmland and used for irrigation and fish farming, broke its banks and swept hundreds of homes downstream.

Pius Masai, the Deputy Director and Communication Officer at the National Disaster Management Unit, said the extent of the damage was yet to be ascertained and rescue and relief efforts were underway.

“The number of dead bodies is 44, admitted 41, missing 40 as per 19:00hrs,” Masai said on Thursday evening, adding that the rescue operation resumed on Friday

Kenya has been experiencing unprecedented flooding in recent days as torrential rains pound the country shortly after it had come out of a severe drought season marked by hunger and water scarcity.

Following the order, the Directorate of Criminal Investigations says it has launched investigations into the Solai dam tragedy.

DCI boss George Kinoti says he has already commenced the investigations after the DPP directed  Boinnet to get to the root of the matter.

“They are supposed to get authorisation from Water Resources Authority. They did not,” spokeswoman Elizabeth Luvonga said. Other dams on the same property, 190 km (120 miles) northwest of Nairobi, also lacked the necessary documents, she said.

“None of them have permits. That is why they are illegal,” she said.