Blood Ties was said to have been recommended by KICD for Class seven pupils but the institute denied. The book contains vulgar language. Photo/ Storymoja publishers

A video of a school kid using vulgar language went viral on social media earlier this week. The video has spurred conversations on who is to blame for the young boy’s outburst.

The big question has been whether it is the parents or the teachers who are to blame for the boy’s language. However, there have been questions about the newly developed school curriculum and what the children are taught in school.

Parents complained that some books they were told to buy for their children contained vulgar language. Blood ties, the storybook in question, is said to teach children vulgar language as it entails adult content.

The development forced the Kenya Institute of Curriculum Development to distance themselves from the book. In a statement, KICD said that Blood Ties is not among the books it recommended children to buy.

“This book is not approved by KICD. It is not listed in the Orange book that contains a list of all books that schools should use for teaching and learning,” said KICD in a tweet.

Storymoja, the publisher of the storybook, also responded to the complaints made by angry parents.

“Blood Ties is part of our Storymoja Life Series which cover contemporary societal issues such as substance abuse, relationships, child abuse, bullying, and sexual abuse among others,” the statement from the publisher read in part, “We regret the alarm and anxiety caused by a section of text that was used in a particular scene involving a violent robbery incident, which, if read out of context, might be misconstructed.”

“In actual fact, the book guides the readers on the steps to take should they find themselves in a similar situation and underscores the sensitivity with which victims of sexual abuse should be treated,” the publisher said.

Despite KICD saying that they did not recommend the book to any school, parents angrily complained on social media that the books their children are reading are misleading them. The parents said that teachers suggested the book to them only to find out that it contains vulgar language.

The new curriculum was brought in to help shape the kids for a better future. This meant teaching them about the good and the bad things in life. It meant telling them what they should or should not do.

Earlier this year, a video of an ECD teacher telling children what their private parts are was shared on social media. The video received positive feedback as Kenyans thought that the children should learn about these things early to avoid cases of early pregnancies.

The ECD lesson seemed graphic, but it was okay because she was teaching them to protect their private parts. It was as graphic as the Consolata kid video, only that the kid’s video entailed insults.

Children today learn from different teachers. They learn from their parents, their school teachers, the internet and even Television. Just like information about one’s private parts, if the children do not learn that this is bad, they will not know that it is.

These children will always learn about new things whether they are taught in school or not. The difference is that if they learn it in school, they will know what to do and what not to do. 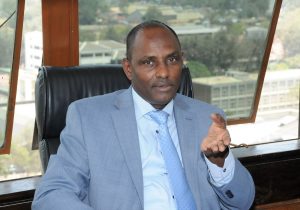