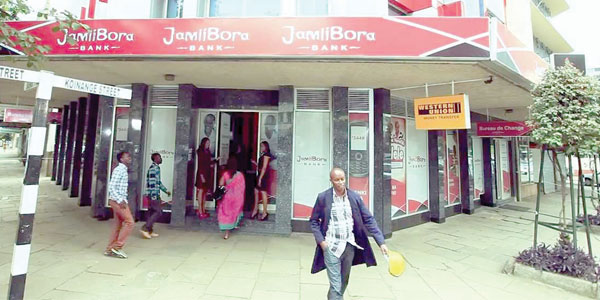 Co-operative Bank has completed the acquisition of a 90% stake at Jamii Bora Bank. The Central Bank of Kenya (CBK) announced on Friday.

This brings to a close a protracted negotiating phase that saw the now merged Commercial Bank of Africa (CBA) pull out of a deal to acquire the Tier III lender over bad debts.

In the statement, Co-op bank stated that the acquisition takes effect on August 21, 2020 after the monetary policy regulator granted its approval on August 3.

“CBK welcomes this transaction which will diversify the business models of the two institutions benefiting Co-op Bank’s diverse shareholders and enhancing resilience in the Kenyan banking sector,” the CBK said in the statement.

Co-op Bank started operations in 1965 and is predominantly owned by the 15 million member co-operative movement. It is currently Kenya’s third largest bank by market share and fourth largest by assets.

Co-op enjoys a market share of 9.96% and operates 159 branches in Kenya and South Sudan.

Jamii Bora Bank on the other hand was established in 2010 after the acquisition of City Finance Bank by Jamii Bora Kenya Limited,a Micro Finance institution.

The bank enjoys a market share of 0.07% and operates 17 branches across the country.

CBA walked away from the deal in January this year after merging with NIC Bank to form NCBA. The feeling was that Jamii Bora’s negative liquidity and high Non-Performing Loans position made the acquisition an unworthwhile investment.

The Kenyatta Family owned CBA bank was planning to acquire Jamii Bora for Ksh1.4 billion, a steep undervaluation from the Ksh3.4 billion book value that the lender was worth as at the first quarter of 2018.

“We are of the view that the huge discount to the equity value in the offer, may be due to (i) the possibility of an additional capital injection by CBA, with Jamii Bora operating at a negative liquidity position, and (ii) the high Non Performing Loans ratio (NPL) of 22.4% as at Q1’2018, with gross NPLs of Kshs 2.2 bn,” analysts at Cytton Investments said in an investment update.

Business Today reported that most of the NPLs were channeled to insiders including top managers and shareholders.

Besides CBA,most strategic investors were put off by Jamii Bora’s negative position.

In March 2020, Co-op Bank however swooped in to acquire the Tier III Bank