Chapa Dee Boys are the winners of the inaugural #KOT5Aside Mombasa Edition. The tournament that debuted three years ago has had previous editions held in Kenya’s capital Nairobi.

The Mombasa inaugural edition comes six months after the third edition was held at Ligi Ndogo grounds along Ngong Road Nairobi. The Chapa Dee Boys managed a second place in the third edition of the competition after bowing to a loss against Unfit FC.

Given the second chance, Chapa Dee maximised on the advantage of having experience in the tournament to turn out victorious. The boys, who braved the coastal heat won the tournament after beating Isco FC 2-0 during the finals.

The Boys eased their way to the finals after beating Samba FC while Isco beat Unfit FC to cruise to the finals.

Speaking after tournament, founder Sir Alexas said he was impressed with the turn out and support.

“The turnout was impressive despite the hot coastal weather, I would like to thank gaming firm OdiBets and other corporate companies for kitting all the teams as well as giving us the prize money for the winners,” he said.

Local betting companies Odibets sponsored the kits used by all the teams in the tournament. The company started with donating free kits to grassroots teams as a measure to promote safe gambling and also grow mtaani football.

#KOT5Aside is a football tournament that brings together Kenyans on Twitter. Winners of any KOT 5 Aside tournament would take home Sh50,000, while runners-up received Sh30,000. 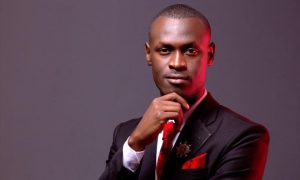