The new Kenyan currency that is in circulation since June 1, 2019. The old notes are only valid until 30th September. [Photo/ BUSINESS TODAY]

Central Bank of Kenya (CBK) Governor Dr Patrick Njoroge says the ongoing demonetisation will not roil inflation rate. The inflation rate stood at 5.7% in June 2019 and there have been fears that the switch from the old to the new generation currency launched by President Kenyatta on June 1, 2019, would push up inflation due to increased cash in circulation.

Kenya experienced a macro-economic disaster in the 1990’s during the introduction of Ksh500 notes, which pushed inflation to record levels after millions were pumped into the economy without controls. “The impact of the new generation notes on the inflation of the Kenya economy is at zero per cent,” Dr Njoroge said.

Briefing the media on the post-Monetary Policy Committee (MPC) meeting in Nairobi, the CBK Governor said inflation expectations remains well anchored within target and the economy is operating close to its potential. “Gradual demonetisation and close monitoring by CBK will ensure the process is not disruptive to the economy which will in turn reduce our monetary base,” he added.

Dr Njoroge said the Ksh1,000 notes will be made available at the banks and ATMs to meet the September 30th deadline of phasing out the old Ksh1,000. “We are producing more Ksh1,000 new notes and banks will be dispensing them at their ATMs hence all withdrawals from the banks including salaries will come in the new notes,” he said.

He said the economy remained strong in the first quarter of 2019 with real GDP growth at 5.6% despite the delayed long rains which affected agricultural production. Growth was driven by service sector which include information and communication, accommodation and restaurant as well as and transport and storage.

However, Dr. Njoroge said the global economic growth in 2019 is likely to weaken than previously anticipated due to escalating trade tensions between the United States and China, increased concerns with regard to the resolution of Brexit and volatility in international oil prices partly due to heightened geo-political tensions. “These developments may result in increased instability in global financial markets,” he noted. 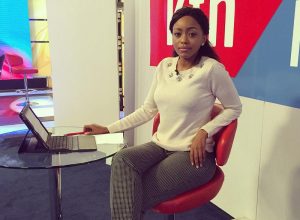