Mathare United players (in yellow) donned jerseys without the OdiBets logo during their league opener on Saturday. They drew 0-0 with Bandari. Photo/Mathare United /Twitter

The slum boys are currently staring at hard financial times in the near future if Odi Bets terminate the deal. Mathare United joins Gor Mahia and AFC Leopards whose sponsorship deals were terminated by another betting site.

The Slum Boys unveiled OdiBets as the team’s sponsor early last year in a three- year deal worth Sh60 million. After just a year, Odi bets is reportedly bringing the partnership to an end.

“OdiBets has communicated to us with the intention to end the sponsorship. They are struggling to meet their financial obligations due to the tax issue with the Government. We are facing very tough times as a team and urge the Government to solve the impasse with the betting companies – at least be fair to them since they support sports,” CEO Jectone Obure said.

Mathare United started their 2019/20 KPL campaign with a barren draw against Bandari on Saturday afternoon at the Ruaraka Stadium.

The Slum Boys donned kits without OdiBets logo, a clear indication the sponsorship has been terminated.

Betting sites have been the backbone of Kenyan Football for a while but as the support has since declined after betting ban on selective firms. Sportpesa for instance was sponsoring the top tier Kenyan Football League.

The new betting regulations have highly affected local betting firms. The firms which are operational are going scratching further than their reach to pay the taxes KRA claim from them. We have seen some of these sites claim a 20% tax on gamblers’ winnings.

The government introduced these regulations to reduce betting and gambling in the country. The Youth of Kenya had found themselves deep into the vice that it was disastrous to their lives. Well, gambling has sure reduced in the county but local Sports is dying as well.

The league itself is lacking a sponsor after Sportpesa withdrew due to the betting ban. The two giant clubs in Kenyan Football Gor Mahia and AFC Leopards also suffered from this. As Mathare joins in, there is a possibilty that other teams sponsored by betting firms might have their sponsorships terminated.

The league needs sponsorship desperately too. If the league directors fail to secure a sponsor by half-season, KPL will go to its old worst situation of walk-overs and non-payment of referees. It is now time for the Federation of Kenyan Football (FKF) to step in and ensure that the league does not collapse.

The league is already financially crippled, without money it cannot run for long. The Kenyan Premier League desperately needs sponsorship. 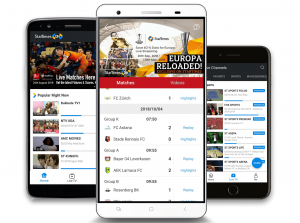