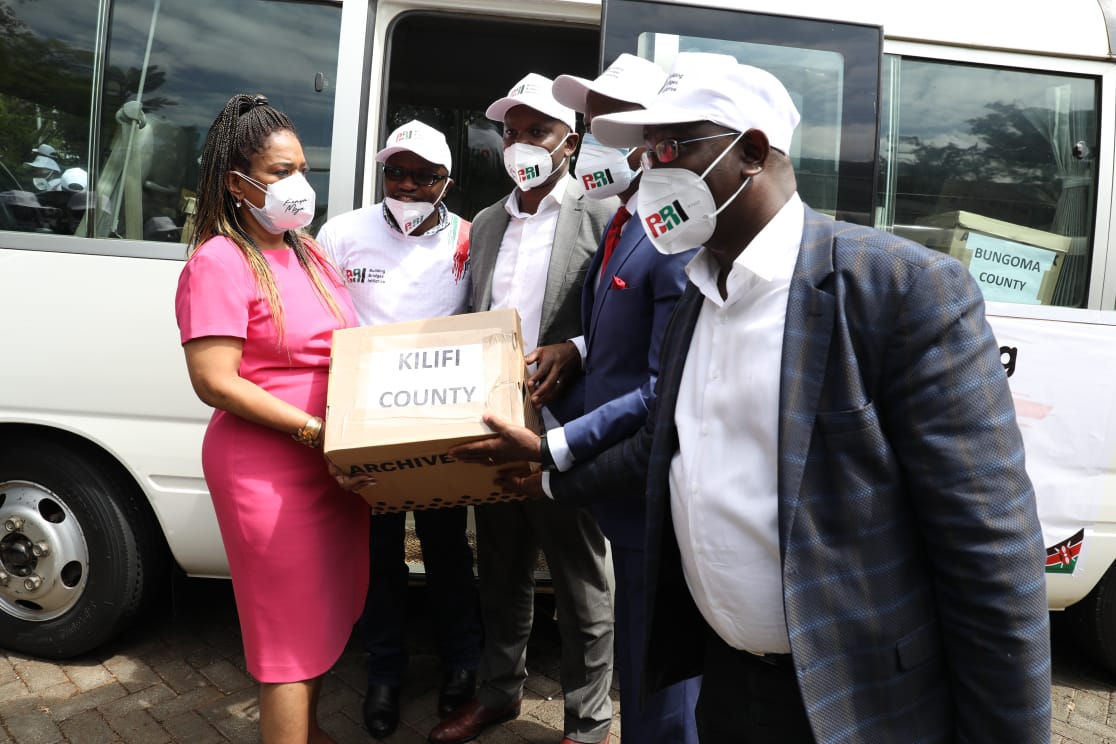 Backers of the BBI led by Joint Secretaries Junet Mohammed and Dennis Waweru led a large group in a march through the Nairobi Central Business District (CBD) to IEBC headquarters at Anniversary Towers.

IEBC is expected to undertake a verification exercise of the signatures. For popular initiatives to take place, the Constitution requires at least 1 million signatures from registered voters.

IEBC Chair Wafula Chebukati was on hand to receive the signatures, and confirmed the next steps.

“We shall now proceed and request for a budget from the National Treasury. As soon as we get the budget, we will get a team, the Referendum Committee, to undertake verification of the signatures,” he stated.

Should the signatures be approved, the bill will be taken back to the Speaker of the National Assembly and, subsequently, forwarded to all 47 county assemblies.

It will require the support of at least 30 county assemblies to sail through for a referendum to take place.

Chebukati noted that the commission would give periodic updates on the process. He asserted that the verification process would be undertaken in full compliance with Covid-19 guidelines.

Junet told reporters that internal verification had seen the signatures collected sieved to 3 million from over 4.8 million.

He dismissed calls from Deputy President William Ruto and his allies for the BBI document to be opened up to changes.

Junet reiterated that the BBI train had left the station, asserting that they were ready for a referendum.

Kenya African National Union (KANU) Chair Nick Salat, who also addressed the press, further stated that they had no room for the undecided.

Among other things, Ruto had called for a multiple choice referendum and restoration of the election of the 47 woman representatives in the National Assembly .