BAT Kenya have changed the shares registrars, from Co-op Bank to Image Registrars.

BAT Kenya has appointed new shares registrars, ending a three-year affair with Co-operative Bank for the services of keeping the records of its shareholder’s books.

In a public notice on September 23, the cigarette manufacturing firm stated that Image Registrars Limited would be taking over from Co-op Bank as from October 1. Co-op Bank had been appointed on a similar effective date in 2016.

“All shareholder queries, application(s) for registration of transfer of shares of the company (BAT Kenya), dividend claims and immobilisation of shares should be lodged with the Registrars from the effective date,” BAT Kenya said.

The firm was contracted for the initial public offerings of Eveready EA and Safaricom, when the firms first issued shares to the public in 2006 and 2008 respectively.

A shares registry, or a shareholders register, is a list of active owners of a company’s shares, updated on an ongoing basis, according to the Investopedia website. It “requires that every current shareholder is recorded” and is ” is fundamental to the examination of the ownership of a company.” The registry should note all shares issued by a company and in addition details any possible restrictions on transferring shares.

The shares registry is usually kept by a shares registrars which is an institution responsible for keeping the records after an issuer offers securities to the public. As such, when a listed firm needs to make an interest payment on a bond or a dividend payment to shareholders, the company refers to the list of registered owners maintained by the shares registrar. 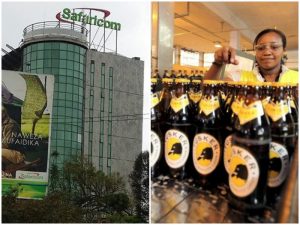