Latest version of the Apple iPad will begin shipping from September 25. [Photo/Apple]

Tech firm Apple, which recently announced the launch of the new iPad, has said the latest version of the device is set to begin shipping as from September 25, and will be in stores by the end of the month.

The commencement of shipping of the new Apple device is limited to the US and over 25 countries in different regions. It is still not yet clear whether Kenya falls within the bracket of these regions. However, the availability of the device in areas where there are Kenyans in diaspora, as well as access via online platforms, means Kenyans can still spend their money on the seventh generation iPad.

Purchasing the latest iPad, as well as the devices that allow it to function properly, may end up costing over Ksh50,000.

In a press release, the tech giant said that orders for the latest iPad are available via the Apple.com website or on the Apple Store for a starting price of around Ksh32,900 for the Wi-Fi model of the iPad. For a device which features both Wi-Fi and Cellular modes, the cost rises to around Ksh46,000.

“… the new iPad brings more screen area and support for the full-sized Smart Keyboard,” Apple said in its press release.

The Smart Keyboard, a device that comes separately, is sold for around Ksh16,000 while there are added costs for the Apple Pencil.

Apple also said that it is making available for download the iPadOS, which according to tech website The Verge allows the iPad’s Safari browser to function more like a desktop browser.

The Verge went on to say, “The new iPad runs iPadOS, with improved multitasking capabilities, a new home screen that displays more apps, and “desktop-class” web browsing in Safari..”

Apple’s latest iPad launch comes even as the tech firm is fresh from releasing the iPhone 11, the latest in its line of smartphones. 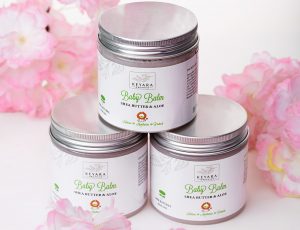