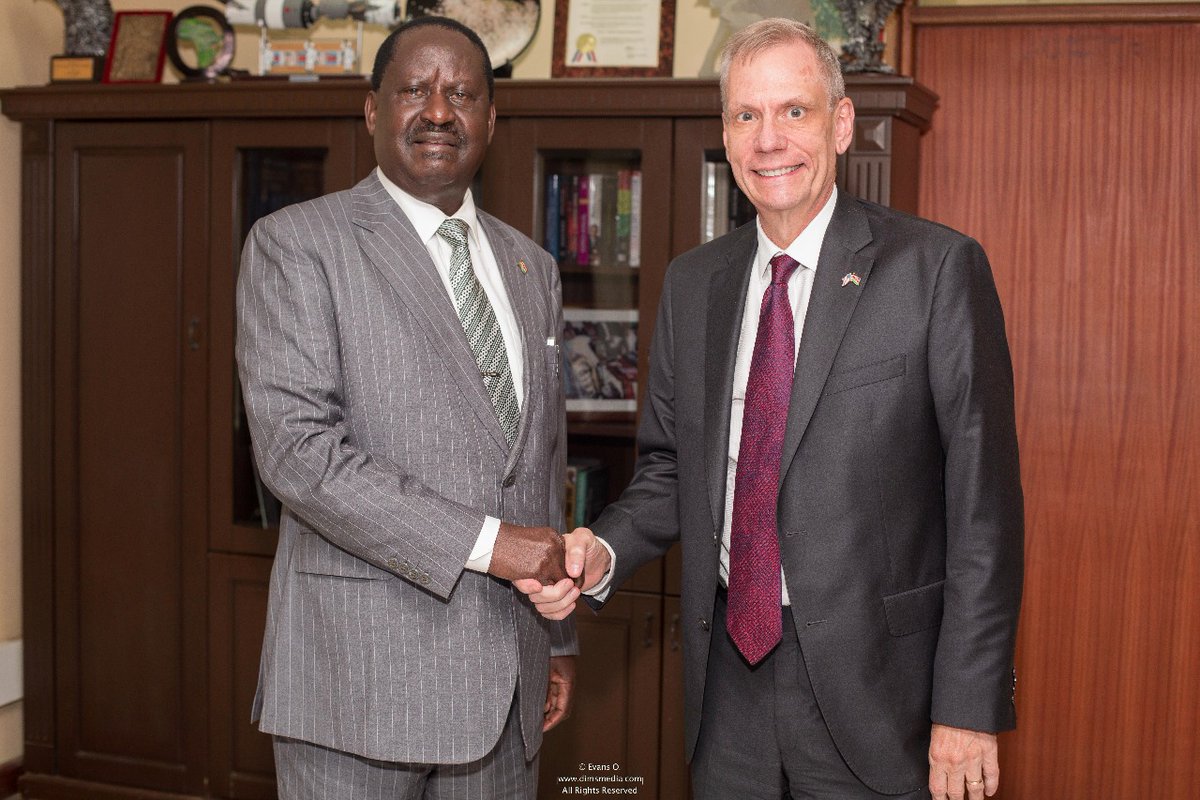 Goden on Wednesday paid Raila a courtesy call during which they deliberated on the “building bridges to a new Kenyan nation” initiative and offered US support.

“We discussed the national reconciliation initiative and how there can be no progress without justice. The US has pledged to support us as we proceed with the task of righting the wrongs that have ailed us for far too long,” Raila tweeted.

Godec and other western envoys fell out with the National Super Alliance (NASA) leadership after pushing for recognition of Uhuru’s win in the October 26 fresh election and even issuing threats of visa bans for those whose actions would lead to eruption of chaos in the country.

““The envoys have no moral authority to lecture Kenyans on democracy and rule of law after aiding electoral theft in the August polls. Stop the hypocrisy. We know you are just interested in trade so you can loot the country and stash the resources in your own countries. Kenya is an independent country and we will solve our problems our own way,” Raila told the diplomats early last month.

Earlier, the envoys had declined to support NASA’s push for electoral reforms to level the playing ground following the nullification of Uhuru’s victory in original election held on August 8. Instead, they said they were satisfied with the Independent Electoral and Boundaries Commission’s preparedness.

Tellingly, Raila met the envoy without his co-principals in NASA, Kalonzo Musyoka, Musalia Mudavadi and Moses Wetang’ula, who are yet to embrace his decision to meet President Uhuru. They have been demanding separate talks that would pave way for national dialogue.

Wetang’ula was on Tuesday replaced as Senate Majority Leader by Siaya Senator James Orengo signalling a potential collapse of the Opposition formation.